In 2016, it acquired all of the rights in the unpublished script for a film that was subsequently produced under the name "The Ballad of Billy McCrae" (BBM). Between 2016 and 2019, Inferno directed the bulk of its energies towards finding funding and progressing the production of BBM, including engaging an experienced producer to deliver the film.

In late 2018 or early 2019, Inferno issued an investment memorandum in which it sought to raise £400,000 by way of external investment to enable it to make, sell and distribute BBM. The proposal was that the holders of the new shares would, between them, own 50% of Inferno.

Inferno's initial proposal was ultimately unsuccessful, and in early 2019 it issued a scaled back proposal that sought to raise a minimum of £50,000 from investors. Inferno's scaled back proposal was successful, and in April 2019 it issued 450 shares to eight investors for a total issue price of £50,000. This successful limited round of fundraising enabled Inferno to make BBM, which was subsequently released in the UK and the USA.

In June 2019, Inferno sought HMRC’s authority to issue certificates to the investors under section 204, Income Tax Act 2007 (ITA), entitling them to EIS relief in respect of their share subscriptions. HMRC refused to give the relevant authority on the basis that Inferno had not met the risk-to-capital condition in section 157A, ITA. In particular, HMRC was not satisfied that Inferno had “objectives to grow and develop its trade in the long term” and instead considered Inferno to be a "single project" company or, at best, a vehicle through which finance was to be provided for a series of individual projects. In support of its position, HMRC relied primarily on Inferno's investment memorandum, which was heavily focused on the BBM project and had very little of significance to say about plans to develop Inferno's business in the longer term. For example, HMRC noted that Inferno did not appear to have any intention of taking on employees, acquiring tangible assets for film production (such as camera equipment, production facilities or studio space), and took the view that Inferno was little more than a shell which sub-contracted all of the activities necessary to produce and distribute BBM.

The FTT accepted Inferno's submission that HMRC had approached matters in an entirely uncommercial way and that for a small, newly-founded, film production company with very limited financial resources, the only way to build a long-term business was from small beginnings. Inferno did not have the funds to make more than one film at a time and it was therefore unrealistic to characterise it as a “single project” venture.

The FTT was satisfied that both the contemporaneous documentation and the oral evidence given on behalf of Inferno demonstrated that it had objectives to grow and develop its trade in the long term and that it had been doing its best to transform those objectives into reality. In particular, the FTT noted that there was a perfectly natural focus in Inferno's investment memorandum on the immediate project that it was seeking to bring to fruition (i.e. BBM), but it was clear that focus did not detract from Inferno’s intended long term objectives to grow and develop its film production trade by making and releasing a series of further films.

This decision represents an unequivocal rejection by the FTT of HMRC's overly narrow interpretation of the contemporaneous documentation when assessing Inferno's objectives to grow and develop its trade in the long term (for the purposes of the risk-to-capital test for EIS relief). The FTT's endorsement of a more realistic and commercial approach will be welcomed by taxpayers, in particular, by small newly formed companies that may have a necessarily short-term focus on individual projects in order to acquire the financial resources needed to grow and develop their trade in the long term. 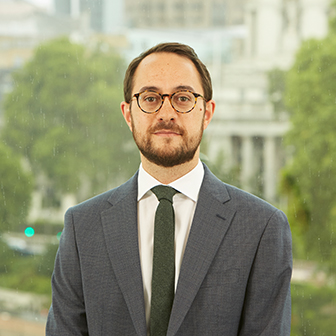