CK Hutchison wins in the ECJ – better late than never?

CK Hutchison wins its appeal against the EC's decision to block Three UK’s 2016 merger with O2.

The General Court of the European Court of Justice (ECJ) has annulled the European Commission's (EC) competition authority decision to block Three–O2's £10.25billion merger, in 2016. The ECJ found that the EC's decision was based on 'several errors' and failed to prove the merger, which would have created the UK’s largest mobile operator with 40% of market share, would damage competition or significantly increase prices for consumers.

Despite the ECJ's recent annulment, it was no surprise that the intended merger received intense scrutiny from regulators because, if approved, it would have reduced the UK's Mobile Network Operators (MNO) from four to three, which is something that Ofcom, the CMA and EU competition authorities warned could affect competition – i.e. a reduction in consumer choice, a significant increase in prices, a reduced incentive to invest in the UK telecommunications infrastructure and have adverse impacts for Mobile Virtual Network Operators (MVNOs). At the time, Three and O2 argued that they would not individually be able to effectively compete with EE/BT (following their 2015 merger) and Vodafone (following its investment in fixed line infrastructure).

Is the merger back on?

In short, this is unlikely.

Despite the recent ECJ decision, it is hard to see a re-start to merger talks between Three and O2, particularly with O2 announcing last month that it was to enter into a joint-venture agreement with Virgin Media’s (Liberty Global’s) UK fixed line broadband and TV business in a deal worth a staggering £31billion.

ECJ's decision – too little, too late?

Although the decision has not reignited the intended merger between Three and O2, CK Hutchison's appeal against the EC's decision was never intended to 'unblock the merger' but instead sought to challenge competition concerns within European markets and the EC's approach.

CK Hutchison commenting on the ECJ's decision, said, '[The EC has] prevented, vital industry consolidation in Europe which would have resulted in significant new investment, innovation and benefits for European consumers and industry' and that the EC blocked its takeover of O2 due to the 'misconceived default view' that European markets need four mobile networks to ensure competition.

It is too early to say whether the decision will impact, and if so just how far, the EC's outlook and approach to telco mergers in Europe in the future (especially, as Margrethe Vestager, the EU’s competition commissioner who took the original decision to block the merger, remains in office serving her second term).

One thing that is for certain is that the decision undoubtedly has cast a light on the EC's and the competition commissioners' approach to merger interventions and could open the door to telecom consolidation in a number of European markets, particularly in Spain, Demark and Italy where there are still four MNOs. 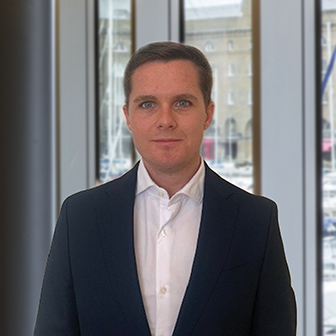