The ‘Meghan effect’: its impact on retailers

The right people endorsing a brand can have a significant impact on its popularity. For example, brands that have been associated with Kate Middleton and Meghan Markle have seen a huge surge in their profile.

However, whether this transfers into commercial success can depend on a variety of factors, including the money, resources and infrastructure required to capitalise on sudden increases in demand following Kate or Meghan being papped wearing/using the brand.  For example:

With the royal wedding around the corner, this article will look at the impact of the so-called ‘Meghan effect’ and see how it compares against the 'Kate effect'.

The craze that ensued after Kate wore her Issa dress took the little-known British fashion label by surprise.  At the time of the engagement Daniella Helayel, the Brazilian fashion designer behind the iconic dress, had a small company on the 'verge of financial crisis'. After Kate wore the dress sales doubled, but the company did not have the money to finance production on such a mass scale to meet demand. A friend of the designer, Camilla Al-Fayed, bought a 51 per cent stake in the company and the company recruited a new CEO in 2012, which subsequently saw Helayel leave the brand as creative director in May 2013. Two years later, the label closed. Unfortunately for Issa, it was not able to capitalise on its new found popularity caused by the 'Kate effect’.

However, other companies have been able to successfully reap the benefits.  For example the 'Kate effect' has the power to sell out clothing that the Duchess of Cambridge wears publicly within hours. LK Bennett, a favourite British brand of the Duchess of Cambridge, reported a 37 per cent rise in earnings in 2012 to £11m, the year after her wedding. According to accounts for Alexander McQueen Trading Limited filed at Companies House, after designing Kate’s wedding dress Alexander McQueen saw sales rise by 29 per cent to £52 million the year of the wedding. Indeed, it is estimated that Kate Middleton's fashion-icon status contributed around £150 million to the economy in 2015 – an impressive statistic which confirms her power to influence consumer purchasing.

How has Meghan compared?

So what about the ‘Meghan effect’? For Meghan’s first public outing with Prince Harry at the Invictus Games in Toronto she was pictured wearing upstart eyewear brand Finlay & Co. Twenty-four hours after she was photographed wearing its tortoise frames, the brand had sold £20,000 worth of the glasses. The brand revealed that sales have since increased by 1,000 per cent.

For Meghan and Harry’s engagement shoot, Meghan wore a $750 white coat from Canadian brand LINE The Label. Within minutes of the photos of her wearing it being released the coat had sold out and the demand crashed the brand's website. The coat has since been renamed The Meghan.

Then, at her first official royal outing with Prince Harry, she carried a $675 burgundy bag made by Scottish brand Strathberry. The bag sold out in 11 minutes after photos emerged of her holding it and has since been renamed the Meghan Bag.

The power of influence

Meghan and Kate are able to command the respect and attention of a large target market and when they wear an item their followers want to emulate them and be like them, thus sales of the items they wear soar. As we can see from some of the examples above, their endorsement of a brand can have a hugely positive impact on the fortunes of a brand.

Indeed, it’s predicted by Konrad Jagodzinski, an analyst at London brand strategy group Brand Finance, that Ms Markle will quickly match the roughly £150m worth of sales he estimated the Duchess of Cambridge generated in 2015 through informal endorsements, and expects that Ms Markle will surpass the Duchess’s retail influence in the UK and abroad. Fflur Roberts, head of luxury at Euromonitor, believes that Meghan being American makes a big difference: “It’s going to open many more doors to brands in the US. The whole world will be following what she’s wearing and will want to have those products." Overall, Brand Finance estimates that Meghan could boost the British economy by $677 (£500) million this year.


If those estimates are right, it looks like the Meghan effect is on course to be even more influential that the Kate effect.  The only question left to ask then is who will design the wedding dress… 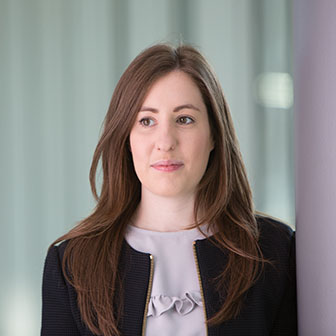