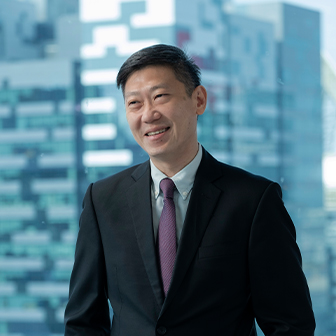 Swee Siang has around 25 years of experience in advising and representing clients in high value commercial and corporate disputes. His areas of expertise include contractual and tortious claims, including construction, defamation, professional negligence and employment disputes. Swee Siang’s practice also encompasses insolvency and restructuring. He has acted as lead counsel in numerous cases in the State Courts as well as the Supreme Court of Singapore, and he has appeared on various occasions before the Court of Appeal which is the highest court in the jurisdiction.

In addition, he has represented clients as counsel in domestic as well as international arbitrations conducted under various institutional rules, such as SIAC, ICC, LCIA and Swiss Rules of Arbitration. He has also been involved in ad hoc arbitration proceedings applying the UNCITRAL Rules. His clients include large multinational companies in various sectors, including telecommunications, pharmaceuticals, multi-media and broadcasting, sports, logistics, construction, international airlines and energy.

In 2014, Swee Siang received the International Law Office (ILO) Client Choice Award in the Arbitration category for Singapore, and was recognised as an Acritas Star Lawyer in 2017.