In the past decade or so sushi has become increasingly popular – both in Hong Kong and globally.

Recently, the Court of Final Appeal granted permission to appeal so that the dispute can finally be resolved.(1) Among other things, the case highlights the importance of clear contractual drafting and obtaining written confirmations of oral representations.

Ricky Cheng, Jason and Daisy Poon (siblings) and Shigemitsu Katsuaki were shareholders in the Ajisen group of companies, which has operated a chain of Japanese ramen noodle restaurants in Hong Kong since 1996.

The Ajisen shareholders later decided to expand into the sushi restaurant business.  Smart Wave Limited was incorporated in 2004 as the corporate vehicle to manage and operate the first Itamae Sushi restaurant in Tsimshatsui, Kowloon. Cheng and the Poons were the three major shareholders of Smart Wave and Cheng was the sole director.(2)

However, notwithstanding the Hero Elegant agreement, Cheng:

Accordingly, Jason Poon, on behalf of himself and other shareholders of Smart Wave, commenced a derivative action against Cheng for damages and an account of profits for breach of fiduciary duty.(4)

The Court of First Instance dismissed Smart Wave's claim regarding the other Itamae restaurants.(5) This was on the basis of findings that Smart Wave operated only one of the restaurants in the chain, and that its shareholders had never intended Smart Wave to have the exclusive right to carry on the sushi restaurant business using the Itamae name and mark. Rather, it was agreed from the outset by the Ajisen shareholders that the chain of Itamae restaurants would be established using different corporate vehicles, all using the Itamae name and mark.

However, the court allowed Smart Wave's claim regarding the Itacho restaurants and awarded damages to be assessed up to 2010 (when Smart Wave ceased operation).   As a director of Smart Wave, Cheng was held to have breached his fiduciary duty to act in the best interests of Smart Wave by operating a competing sushi restaurant business under a different but similar name to Itamae.

Significant to the Court of Appeal's finding was the fact that, unlike the understanding held by Cheng and the Poons, there was no evidence to suggest that the other shareholders of Smart Wave understood that Smart Wave had no exclusive right to operate other Itamae restaurants.

Therefore, as Cheng was the sole director of Smart Wave, he was under a fiduciary duty to act in its best interests.  It was against the interests of Smart Wave for him to operate a competing sushi business where the business opportunity was diverted from Smart Wave to himself.

The Court of Appeal also agreed that Smart Wave was entitled to elect an account of profits from Cheng. It ruled that all profits obtained by Cheng by reason of his fiduciary position were to be held by him as a trustee of Smart Wave, and that he was liable to account for them.(7) However, the calculations were limited to when Smart Wave ceased business (ie, in 2010), because subsequently, Cheng was no longer in a position of conflict.

On August 5 2015 the Appeal Committee of the Court of Final Appeal granted permission to appeal two of the six questions as matters of great general or public importance.

The issues raised in the forthcoming appeal demonstrate that the scope of a director's fiduciary duties is often difficult to define.  Although Cheng's opening of the other sushi restaurants appears to conflict with the interests of the shareholders of Smart Wave, the Court of Final Appeal has seen merit in granting Cheng permission to challenge this very point.

The 'no conflict' ground of appeal is illustrated in Australian case law, which has held that the duty owed by fiduciaries:

Smart Wave's agreed modus operandi was to operate one restaurant only. The Ajisen shareholders' agreed modus operandi was to incorporate one company for each operation of sushi restaurants, which was mirrored in the Hero Elegant agreement.  With this in mind, did Cheng subject himself to a real conflict of duty and interest to Smart Wave by opening the Itacho and other Itamae restaurants?  If so, was Cheng permitted by the company to do so because it was done with the unanimous assent of Smart Wave's shareholders (ie, under the Duomatic principle)?

In a dense 'foodie' destination city such as Hong Kong, a sushi restaurant opened as few as two subway stations away will often not affect the business of the first sushi restaurant enough to pose a real conflict of duty and interest for someone like Cheng.  While it may have distracted Cheng's attention from developing the first Itamae restaurant, at what point would a real conflict of duty and interest arise?

For further information on this topic please contact Rebecca Wong or Gary Yin.

(2) Smart Wave initially had nine shareholders, including Cheng and the Poons, who had always remained its three major shareholders.

(3) The parties to the Hero Elegant agreement were in fact Cheng and Fine Elite Group Ltd. Fine Elite was a corporate vehicle set up by the Poons, of which they were the only shareholders.

(12) For further details please see "Civil appeals – one shot as of right only".

(13) At the time of writing, the Appeal Committee of the Court of Final Appeal has granted leave to appeal in four out of eight applications since the removal of the 'as of right' appeal to the Court of Final Appeal, including Tsit Wing (Hong Kong) Co Ltd v TWG Tea Company Pte Ltd, FAMV 6/2015, May 20 2015 and FAMV 6/2015, June 22 2015.  For further details please see "Final appeal over tea brewing".

The materials contained on this website are for general information purposes only and are subject to the disclaimer. 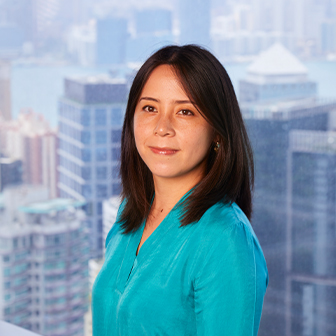