An equitable lien allows solicitors involved in litigation to deduct their fees before paying compensation to their client and if the paying party deliberately bypasses the solicitor, they may be liable to pay any unrecoverable fees.

The Supreme Court has re-confirmed that a solicitor benefits from this equitable lien when they are instructed to make a claim even if proceedings have not been issued and it is not anticipated that the claim will be disputed.

Bott & Co Solicitors Ltd is a solicitors' firm which handles flight delay compensation claims.  Many of the claims handled by Bott are claims for compensation from Ryanair.

Initially, for claims which were admitted, Ryanair would pay the compensation into Bott's client account.  Bott would deduct their fees from the compensation (25% of the total compensation awarded plus a £25 administration charge per passenger) and pass the rest on to the customer.

However, Ryanair changed its practice in 2016 and began to pay compensation directly to customers.  Ryanair said that it considered it unwelcome and unnecessary for claims handlers to become involved when customers could simply make a claim using a form on their website.  When Ryanair paid Bott's clients directly, Bott lost the opportunity to deduct its fees from the compensation (and given the relatively small sums involved, it was not practical for Bott to pursue individual clients for its fees).

Bott claimed an equitable lien over the compensation payable by Ryanair to Bott's clients.  They sought an injunction preventing Ryanair from paying Bott's clients directly when they were on notice that Bott was instructed, and an indemnity for the fees it had not been able to recover from its clients.

The Supreme Court's judgment: reflecting the realities of modern litigation

The High Court had found in favour of Ryanair, whose decision was affirmed by the Court of Appeal.  The Court of Appeal held that an equitable lien did not arise unless and until Ryanair disputed a claim for compensation.  Since the amount of compensation was fixed by EU regulations and the making of a claim was largely mechanical and formulaic, the services provided by Bott would not amount to litigation services of the kind protected by the lien.

Relying on an earlier Supreme Court judgment in Gavin Edmondson Solicitors v Haven Insurance Co Ltd,2 the Court held that whilst the remedy had traditionally only been available after proceedings had been issued, it was now available for pre-action work to reflect the realities of modern litigation where out of court settlements and alternative dispute resolution were to be encouraged.

Where the solicitor acts for a potential claimant, the Court held that an equitable lien would be available where the solicitor provides services within the scope of a retainer in relation to the making of a client's claim, which services significantly contribute to the successful recovery of a fund by the client.  The Court recognised that the threshold for the last part of the test is a low one.  The Court held that it was met in this case where the solicitor had issued a pre-action letter in a standard format to Ryanair even though, in all likelihood, the clients would have achieved the same outcome by making a claim directly via Ryanair's online form.

The majority rejected the contention of the two dissenting justices that some type of actual or anticipated dispute was required for the lien to arise.  Practically, it would not always be possible to determine whether a dispute would arise, and solicitors needed to know in advance whether their fees would be deductible from compensation.

This is an important case, and not just for airlines and solicitors.  Parties who often deal with small claims, should exercise caution when liaising directly with a represented individual.  Even though it might seem fairer, at least from the perspective of a party in Ryanair's position, to pay customers directly and maximise the compensation they get to keep, that ignores the fact that the customer has elected to use a solicitor to achieve compensation.  Compensation should not be paid directly to a law firm client when the paying party is on notice that the law firm has a claim for fees from the compensation.

The judgment is also important in terms of access to justice. The rationale for the equitable lien is to enable solicitors to offer litigation services on credit to clients who, although they might not have the means to pay legal fees up front, do have a good claim.  The equitable lien is one way in which litigation services can be more accessible, particularly for relatively low value cases with good prospects of success. 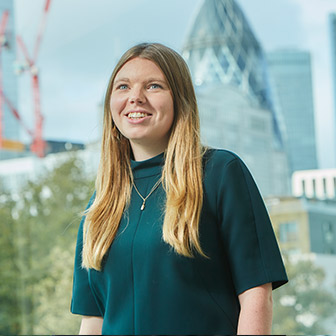