When is opinion evidence admissible?

To be prima facie admissible in court, opinion evidence must be relevant and prepared by someone who would be qualified to give expert evidence. Only evidence which falls within CPR 35 will be subject to the attendant restrictions on admissibility contained in that rule (Gregory v Moore[1]).

In February 2008, Mr Barry Pring was killed when a vehicle struck him while he stood on the hard shoulder of a motorway in Ukraine. The vehicle failed to stop, and the driver's identity has never been determined. Mr Pring died intestate and had no children.

The circumstances of Mr Pring's death were highly controversial. His mother and brother tried to establish that Mr Pring's widow, Ms Moore, organised Mr Pring's death and so under English law she should not benefit from it.

The family's case was entirely based on inference. They relied on three documents:

Ms Moore applied to have the documents, including the 'maps', excluded from evidence on the basis that they constituted expert evidence which is not admissible without the permission of the court.

Generally speaking, opinion evidence (even hearsay) is admissible without permission, only if it is relevant and prepared by someone who is qualified to give expert evidence. If the evidence is prepared for the purposes of the proceedings, (in other words, the expert responsible was instructed by one of the parties), CPR 35 will apply and permission to adduce it will be required. So, evidence by an expert who is not instructed by one of the parties, or evidence which is not produced for the purpose of those proceedings, cannot fall within CPR 35 and permission to adduce it is not required.

The court summarised the case law in this area, including Hoyle v Rogers[2] and Illumina v TDL Genetics Ltd[3]. In its assessment of the facts, it focused on whether or not the witness statement, maps and protocol had been prepared by someone who was qualified to give evidence as an expert. The judge concluded that CPR 35 did not apply because the documents were not produced for the purposes of these proceedings.

The court noted that it had wide powers to exclude evidence that is otherwise admissible, but should be cautious in excluding before trial potentially admissible evidence since it is the trial judge who will be best placed to determine its relevance. In relation to the specific documents, the court found as follows:

The case clearly sets out the difference between evidence which will be subject to CPR 35's restrictions and that which will not be. Where relevant opinion evidence (even hearsay) is prepared by someone qualified to give expert evidence, it will generally be prima facie admissible. Where the evidence is produced by an expert instructed by the parties for the purposes of the proceedings, however, it will be subject to CPR 35 and permission to adduce it will be required.

It is notable that the applicant in this case did not advance a comprehensive argument as to why certain evidence could only have been undertaken by an expert – if she had, the outcome may have been different and arguably the outcome on the facts would have been more helpful for practitioners. The court made clear that it was operating without any information as to Ukrainian law – it said that it would have been beneficial for the parties to produce information as to the Ukrainian approach to mobile phone data analysis (and whether an expert is needed to undertake it). Parties should take care to provide the court with all possible information it might need to analyse the evidence before it. 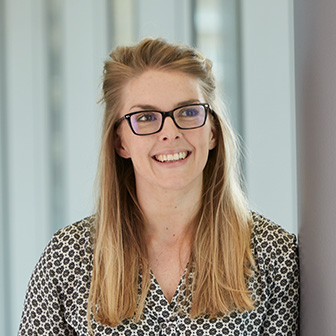