Witnesses overseas and preparations for trial during a pandemic

A couple of recent High Court decisions demonstrate some of the issues that arise when a party applies for one or more of their witnesses to give evidence at trial by video conferencing facilities, or seeks an adjournment of a trial, because a witness is overseas and experiencing difficulties in returning to Hong Kong in time for a trial date given the COVID-19 pandemic.

In such circumstances, the courts’ ultimate priority is the administration of justice, which involves (among other things) balancing the parties’ competing interests while exercising their case management powers. A trial date (a “milestone date”) is generally sacrosanct and live evidence in person at trial is the norm. However, where good reasons can be shown by an applicant and in the absence of delay, the courts are willing to allow some flexibility – particularly, bearing in mind certain stringent and evolving travel and quarantine requirements for persons entering Hong Kong. These developments serve as reminder for trial lawyers and their clients to make relevant preparations and keep them under review – especially as the COVID-19 pandemic shows no signs of abating worldwide and the longer-term side effects and consequences of the virus remain uncertain.

In the matter of the Estate of Ng1, the deceased’s surviving wife and son were in a dispute as to the ownership of a property. The wife was the eighty-eight year old administratrix of the estate (the plaintiff together with the estate) and the son was the defendant. A few years into the case the defendant had ceased to be legally represented and began to represent himself. In contrast, the plaintiffs were legally aided and had legal representation.

After beginning to represent himself, the defendant’s attention to the proceedings appears to have left something to be desired, culminating in his failure to attend a pre-trial review in May 2021. The defendant was in the UK and, apparently, had been unable to return to Hong Kong or even appear by video conferencing facilities. Trial was set to commence on 16 August 2021.

On 22 July 2021, the defendant wrote to the court (by fax) stating that he was unable to attend the trial and requesting an adjournment. About this time, direct flights from London to Hong Kong had been prohibited because of the COVID-19 pandemic – the UK having been designated by the Hong Kong government as a high-risk country for this purpose. Flying to Hong Kong would have meant taking a 21-day detour via a lower-risk country followed by a period of quarantine in Hong Kong.

On 9 August 2021, the defendant wrote (again by fax) to the court explaining that he had apparently been prevented from boarding a flight from London to Hong Kong on 29 June 2021 because he had been in quarantine on account of having come into contact with an infected person. The defendant was able to produce copies of his flight and hotel confirmations. He argued that taking into account (among other things) the 21-day transit period and quarantine in Hong Kong he would be unable to attend the trial on 16 August 2021.

The plaintiffs’ lawyers objected to an adjournment. They referred to (among other things): the absence of a sworn statement by the defendant as to his predicament, the absence of a formal court application for an adjournment (as opposed to faxes to the court), the defendant’s lack of details concerning his quarantine in the UK, the risk of prejudice to the plaintiffs (especially, given the age of the administratrix and that the plaintiffs’ case was publicly funded), the defendant’s failure to plan ahead and make alternative arrangements and the alleged general dilatory conduct of the defence (and of a counterclaim which had been struck out at the pre-trial review).

On the first day of the trial (16 August 2021), the first issue for the court to decide was whether to allow the defendant’s request for an adjournment or order that the trial proceed in his absence2.

In Ctrisks Rating Ltd v Chan & Ors3, the plaintiff commenced proceedings against some of its former senior officers for alleged breach of contract and fiduciary duties. The plaintiff applied for two of its key witnesses to be allowed to give evidence at trial (commencing on 13 September 2021) by video conferencing facilities on account of their being unable to return to Hong Kong in time for the trial. The two witnesses had left Hong Kong in June 2021 for a business trip to the UK and thereafter they became caught by the same direct travel ban from the UK to Hong Kong.

The two witnesses appear to have made considerable efforts to get back to Hong Kong, via Zurich and Singapore, in time for the trial. While in Singapore they were vaccinated but (at the time) their vaccination records were not recognised as official vaccination records and, therefore, they were unable to board a flight to Hong Kong as scheduled – the earliest they could get to Hong Kong was 12 September 2021, one day before the trial started, and on arrival they would be subject to 14 days of quarantine at a designated hotel. The issue for determination by the court was whether to allow the two witnesses to give their evidence by video conferencing facilities from a neutral venue in Singapore under the observation of an independent lawyer – it appears to have been accepted that it was not practical for them to give evidence by video conferencing facilities from quarantine rooms in Hong Kong given that an observer should be present.

The court refused an adjournment and allowed the trial to proceed in the defendant’s absence. It is clear from the court’s written reasons that the court was less than impressed by the defendant’s general conduct of his defence and by an apparent lack of specific evidence regarding his period of quarantine in the UK.

The delay of approximately three weeks between the defendant’s inability to board a plane from London to Hong Kong and his letter to the court of 22 July 2021 (requesting an adjournment) also appears to have weighed on the court’s mind – as did the facts that the trial date had been known to the defendant for some time and the administratrix was elderly and her case was publicly funded. The following passage from the court’s decision is worth noting:

“The defendant made his conscious decision to depart and/or remain out of Hong Kong, and thus exposing himself to such risk that may impact on his return to Hong Kong. When it comes to such impact on his ability to meet the milestone dates of the court as a party to legal proceedings, which must be paramount and strictly necessary, the risk was entirely for him to take, quite regardless of whatever personal reason he might have for taking the risk in the first place.

Worse still, the defendant has somehow waited for a complete 3 weeks after his alleged failure to board the plane before writing to the court and the plaintiff. No explanation for the delay was offered."

The court allowed the plaintiff’s application for the two witnesses to give their evidence at trial by video conferencing facilities. Instrumental to the court’s decision appears to have been the fact that the plaintiff had put in place a protocol for taking the witnesses’ evidence at a neutral venue in Singapore and had agreed to bear all the costs of doing so.

Both decisions turn on their facts as they make clear. However, the outcome in both cases is understandable – even if the first decision might seem a tad harsh (without knowing more).

In Estate of Ng, the defendant’s general conduct in the case and explanation for his predicament do not appear to have impressed the court. It is worth noting that besides being a party he was the witness for his defence. It so happens that the defendant appears to have gone on to lose comfortably at trial and one could be forgiven for thinking that his attendance may not have made much difference to the outcome5. The courts have repeatedly stated that delay of itself (in applying to alter a “milestone date”) can be fatal. Matters were probably not helped by the defendant acting for himself as from March 2019 and by the fact that he was up against his elderly mother who was publicly funded.

In Re Ctrisks Rating Ltd, the court’s permission to allow key witnesses to give evidence at trial by video conferencing facilities is not the norm. However, the court’s decision in this case does suggest some welcome flexibility (based on the facts). It is also notable that the plaintiff was able to convince the court that the two witnesses had tried their best to return to Hong Kong in difficult circumstances and that the plaintiff had minimised the prejudice to the defendants by offering to bear the costs of the video conferencing facilities and putting a relevant protocol in place. Crucially, in Re Ctrisks Rating Ltd, the applicant (who had the burden of satisfying the court of the merits of the application) had not in the circumstances delayed in seeking the court’s indulgence and there was still time for the court to manage the situation – in Estate of Ng, the defendant may have taken an adjournment as something for granted by trying to present the court with a fait accompli. 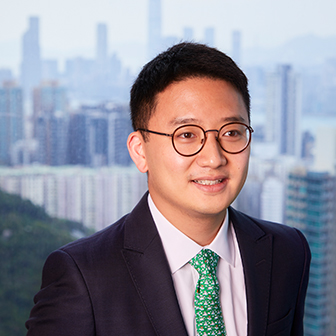 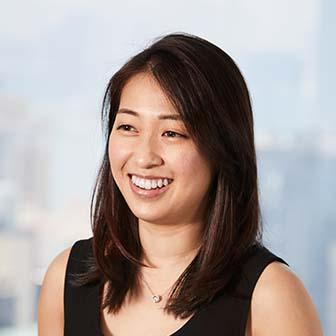