Picture the scene. It's early Friday evening at a fictional insurance broker. The overworked in-house lawyer is looking at her long "to do" list and working out what documents she should take home to review over the weekend.

Her concentration is broken, though, by the sound of fast footsteps coming her way. Only one person walks that fast – the CEO.

The CEO steps into our lawyer's office with a big smile. Oh dear. He talks even faster than he walks and our lawyer is just about able to follow his monologue: "We're selling the company to my favourite private equity fund…I have agreed price and key terms… obviously I will be staying on as CEO… management are on board and we need to sign at the end of next week at the latest… all of the employee shareholders will be selling their shares. That's ok, though, we have a drag in our articles." However, our lawyer is anxious. She has a gnawing doubt about whether so-called "drag clauses" really work…

Many insurance companies and brokers have a wide employee shareholder base. Shares are often issued rather than options (for tax and other reasons). This can give rise to a number of problems when the company comes to be sold – particularly if former employees hold shares and/or some shares are issued partly paid.

The simplest way to effect a sale is for all shareholders of the target company to enter into a share purchase agreement (SPA) with the buyer, which sounds simple until one realises that there could be dozens or even hundreds of shareholders!

Corralling this number of people and persuading them to enter into a lengthy legal document, all the while maintaining deal secrecy, is not an easy task. Shareholders may need to take independent advice on the terms of a deal that has already been struck with the buyer. At the very least this causes delays and uncertainty. And tax issues can really complicate this process.

The next simplest approach is to use a "drag along" provision. In simple terms, a typical drag right allows a third party buyer to acquire all of the shares in a company once shareholders holding a specified majority of the value have accepted the deal. As such, this can involve most of the shareholders by number being forced to sell their shares, whether they want to or not, normally at the same time and on the same terms agreed by those majority shareholders.

A drag provision can be found in a company's articles of association (articles) or in a separate shareholders' agreement.

For instance, an institutional investor in a company (such as a private equity fund) will most likely require other shareholders to provide business warranties in the SPA, but will not provide this level of cover itself.

In addition, key management may be asked to accept a mix of cash, shares and loan notes in exchange for selling their shares, and may also receive sale bonuses, so their consideration may be different to the dragged shareholders.

All these terms of the deal can mean that shareholders are not being treated equally. This complicates the analysis of whether the drag works.

Many buyers won't want to take the risk of shareholders refusing to be dragged. It may be possible to amend the drag provisions to make clear, for example, that different groups of shareholders can be offered a different mix of consideration. But this needs to be looked at carefully, and the buyer ultimately needs to agree that this works.

Problem 2: A spanner in the works

Traditionally, drag provisions in articles provide that a minority shareholder who does not sell his shares – typically referred to as a defaulting shareholder – was deemed to have appointed a director of the target company as his attorney, giving that director the right to sign documents on his behalf.

A power of attorney must however be granted by way of a deed – a document that says it is a deed, and which is signed in a particular manner in front of a witness (or in the case of signature by a company following certain other rules).

One solution may be a provision appointing a director of the target company as a defaulting shareholders' agent, rather than attorney – but this only works if the dragged shareholder is not being asked to sign any documents as a deed (as a power of attorney would be required to do so).

As each drag provision is different, a buyer – and the target company – will need to examine its terms carefully and consider whether it fits the proposed sale.

It is best practice to include a well drafted drag provision from the outset – a court is more likely to object to the inclusion of a new drag-along provision, given that it affects the property rights of a shareholder, than to the subsequent amendment of an existing provision. Many drag provisions are, though, not as well drafted as they might be…

The courts have shown themselves willing to give the directors of target companies scope to propose amendments to articles, particularly where those amendments are "tidying up" changes that help give effect to the operation of the drag and do not change the overall commercial bargain.

The courts will also look at whether amendments to articles have been put forward for a proper purpose – that is, the courts will not look kindly on changes that are designed to affect minority shareholders in an adverse fashion.

In essence, if a change doesn't "feel right" when all shareholders' interests are taken into account, the change probably doesn't work and may be at real risk of challenge.

Not taking care of the share capital of a company and the key documents can make a sale much more difficult and expensive than it might otherwise be.

This article was first published in the Insider Quarterly. 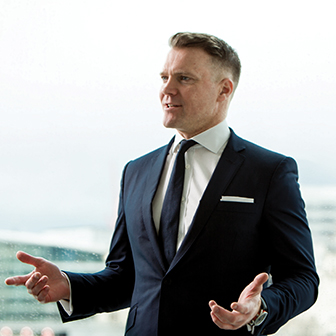 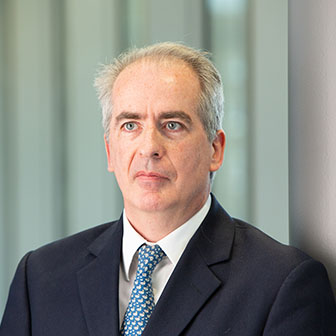