The Hong Kong Court of Appeal’s recent judgment (of three judges) in Law Ting Pong Secondary School v Chen [2021] HKCA 873 is an interesting judgment that: (i) summarises and applies the relevant principles of contractual interpretation; and (ii) found that a clause providing for termination by payment in lieu of a notice period does not engage the law on penalty clauses and, even if it does, such a provision is unlikely to be regarded as unenforceable (unless it is unconscionable or extravagant).

On 17 July 2017, the defendant (a teacher) accepted a job offer to teach at the claimant school for a period of one year. He was due to start teaching at the school at the beginning of the school year in September 2017. However, approximately ten days before the start of the school year he changed his mind. The contractual documents between the school and the teacher consisted of: an offer letter from the school, the school’s conditions of service and an acceptance letter signed by the teacher.

The teacher disputed the school’s entitlement to an amount of money representing the payment in lieu and the school brought a claim in the Labour Tribunal (for the sum of HK$139,593.20). In the Labour Tribunal, the Presiding Officer found for the school on the two principal issues. First, the Termination Provision was incorporated into the employment contract and the offer letter, conditions of service and acceptance letter constituted the employment contract as a whole. Therefore, although the employment commenced on 1 September 2017, the Termination Provision applied with immediate effect. Second, the payment in lieu provision in the Termination Provision was not an unenforceable penalty clause. The teacher successfully appealed to a judge of the Court of First Instance of the High Court, who reversed the Labour Tribunal’s decision. In short, the judge appears to have concluded that the letter of acceptance, and the terms therein, did not form part of the employment contract but were rather the teacher’s acknowledgement of the school’s offer. The judge also took into account that the teacher needed to give three months’ notice “to terminate my employment with the school” while the employment did not commence until 1 September 2017. Therefore, the judge considered that the teacher was not liable for the payment in lieu given that he had not commenced employment. In light of that finding on the first issue, the judge did not need to decide whether the Termination Provision constituted an unenforceable penalty clause.

The school obtained permission to appeal to the Court of Appeal (comprised of three judges) and, after some initial delay because of the courts’ general adjourned period caused by the COVID-19 pandemic, the appeal was eventually disposed of (by consent between the parties) on the papers.

In a unanimous decision, the Court of Appeal allowed the school’s appeal and restored the order of the Labour Tribunal by entering judgment in favour of the school, together with interest at judgment rate from the date of the award and costs (summarily assessed, subject to any further challenge, in the sum of HK$70,000).

After having reviewed the relevant Hong Kong and English case law concerning the principles for interpretation of contracts, the Court of Appeal considered that the school’s offer letter and conditions of service and the teacher’s acceptance letter were a “package deal”. In the Court of Appeal’s opinion, the judge had focused too much on the teacher’s acceptance letter and had failed to consider all three documents in light of the relevant circumstances – therefore, properly construed, the Termination Provision was incorporated into the employment contract. The Court of Appeal appears to have placed significance on the point that parties can generally agree that an employment contract has immediate legal effect irrespective of the time for performance. The Court of Appeal observed (at paragraph 56 of its judgment) that:

“Hence, although performance of teaching duties is to commence on a future date (ie 1 September 2017), as from 17 July 2017 both the claimant and the defendant were both legally bound to perform their obligations under the contract.”

In an interesting passage of the judgment, the Court of Appeal reviewed the development of the legal principles relating to penalty clauses and cited with approval the leading authority of the UK Supreme Court – namely, Cavendish Square Holdings v Makdessi [2016] AC 1172. The Court of Appeal noted (at paragraph 69 of its judgment) that:

However, to constitute a penalty clause the offending provision had to satisfy a “threshold requirement” of a breach of contract – a contractual provision is not a penalty clause if it does no more than provide that one party to a contract pays another an amount of money by way of a primary obligation. The teacher had failed to establish that the Termination Provision (in particular, the provision for payment in lieu of notice) as a matter substance operated upon a breach of contract ie, that it operated as “a secondary obligation triggered by a breach of a primary obligation” (paragraph 71 of the judgment).

The Court of Appeal (at paragraph 74 of its judgment) held that:

Therefore, the law of penalty clauses was not engaged because the “threshold requirement” had not been satisfied.

For good measure, the Court of Appeal made it clear (without having to decide the point) that had the law of penalty clauses been engaged it did not consider that the provision for payment in lieu was unenforceable. In all the circumstances, the Court of Appeal did not consider that the provision was unconscionable or extravagant – particularly, bearing in mind that it applied reciprocally and was reasonable, judged at the time that the employment contract was signed by the teacher and by the school’s legitimate interests in the run-up to the start of the new school year.

The school’s appeal was successful on both principal issues in dispute.

The outcome in the case is not unexpected. The case is an interesting example of the application of contemporary principles relating to interpretation of contracts. While the Court of Appeal adopted a unitary approach to the interpretation of the three contractual documents in question, the case serves as a reminder for employers and employees to ensure that key provisions are expressly incorporated in conditions of service and consistent with one another – for example, as with any written contract, termination provisions are crucial.

The case also serves as a useful reminder that parties to an agreement can agree that some provisions in a contract have immediate legal effect, irrespective of when performance by one or other party is expected.

As for the legal principles relating to penalty clauses, the Court of Appeal has approved of the legal principles set out by the UK Supreme Court in Cavendish Square Holdings v Makdessi, which is the way that the Hong Kong courts were headed. This approach generally allows for a less interventionist approach in keeping with an emphasis on the primacy of written terms agreed between legally competent persons negotiating in good faith – it is, arguably, also in keeping with a generally more laissez-faire approach to business. The Court of Appeal’s decision that the Termination Provision did not amount to a penalty clause is unsurprising given that termination of an employment contract by payment in lieu of notice is provided for by statute (section 7 of the Employment Ordinance). Equally unsurprising is the Court of Appeal’s suggestion that, in any event, the Termination Provision was not unreasonable given that (for example) it provided for no more than payment of an amount equal to three months’ salary (or a combination of payment and notice) and was reciprocal.

In this regard, the last word might be best left to one of the judges in the Court of Appeal, who delivered a short judgment (agreeing with the main judgment) which focused on the issue of penalty clauses in an employment context (at paragraph 7):

“In the context of employment contracts, termination by advance notice or payment in lieu of such notice is quite common. I do not think it is in the interest of the development of employment law to complicate the matter by bringing the concept of penalty to such a common practice.”

Please do not hesitate to contact Andrea Randall, a Partner and Head of the Employment Practice in Hong Kong for any employment law related queries you may have.

All material contained in this article are provided for general information purposes only and should not be construed as legal, accounting, financial or tax advice or opinion on any specific facts or circumstances and should not be relied upon in that regard. RPC accepts no responsibility for any loss or damage arising directly or indirectly from action taken, or not taken, which may arise from reliance on information contained in this article. You are urged to seek legal advice concerning your own situation and any specific legal question that you may have. 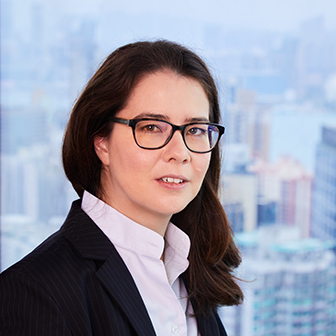 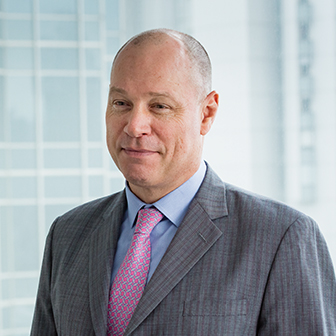 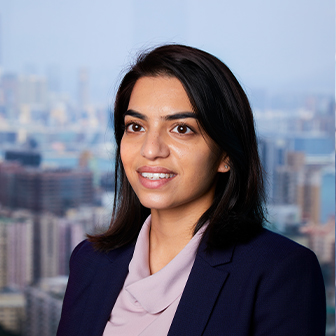