The obligation to provide tribunal documents to journalists

In Guardian News & Media Ltd v Rozanov and EFG Private Bank Ltd [2022] EAT 12, the Employment Appeal Tribunal (EAT) set out some useful guidance on the correct approach to third- party documentation requests, including where a request is made by a journalist for skeleton arguments, witness statements and documents referred to in the judgment.

The principle of open justice is a long-established concept that has two aims: first, to enable public scrutiny of the way in which courts decide cases; and secondly, to enable the public to understand how the justice system works and why decisions are taken.

As this case highlights, there may be journalistic reasons that are relevant to the tribunal's assessment of whether the open justice principle is engaged – and, crucially, whether the content of tribunal documents should be provided where the press requests them.

Mr Rozanov brought a whistleblowing claim in the employment tribunal. He alleged that his employer, EFG, a private bank, had dismissed him for making protected disclosures about the bank's failure to comply with regulatory requirements.

Over four months after the hearing (and seven weeks after the judgment), a Guardian newspaper journalist applied to the tribunal requesting copies of the pleadings, witness statements, skeleton arguments and documents referred to in the judgment. Initially, the Guardian requested unredacted copies but later requested them in redacted form.

How did the Guardian justify its request?

The Guardian considered that the judgment raised matters of "legitimate public interest", including evidence that the bank had failed to comply with anti-money laundering legislation.

Citing "journalistic reasons" for its request, the Guardian submitted that its request was:

The Tribunal rejected the Guardian's request, stating that:

The EAT disagreed with the tribunal's conclusions, and was, indeed, highly critical of the decision. In this case, the principle of open justice was engaged and the bank was ordered to provide the documents. In particular, the EAT said:

Respondents, especially those involved in high-profile cases, should: 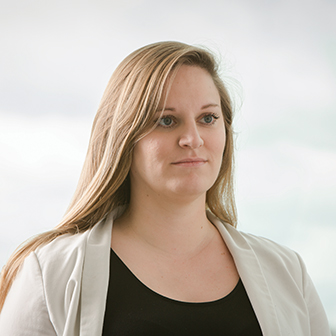