On Friday the FCA published a consultation paper on potential changes to the existing appointed representative (AR) regime.

Briefly, an AR model allows financial services firms (the ARs) to provide regulated advice and services to consumers, without the ARs themselves being directly authorised by the FCA.  Instead, ARs sit under the 'regulatory umbrella' of a directly authorised 'principal firm', which typically charges a fee to the AR, in exchange for taking on obligations to supervise the AR and liability to third parties for losses arising as a result of AR's services in some circumstances.  The FCA's consultation suggests that there are now around 40,000 ARs operating under around 3,600 principal firms.

The AR regime has, among other structures, allowed the development of financial advice 'networks'.  In these structures a number of ARs, each technically a separate and distinct business, provide advice to consumers as part of the network, while the network principal provides compliance services, regulatory oversight and a complaints handling function.  Such networks have become common in the financial services industry over the last couple of decades and we regularly advise in relation to claims and complaints made against such networks.

The FCA consultation notes that the FCA is seeing a range of harm across all sectors where firms operate with an AR model.  It notes that this often occurs because the principal: (a) fails to perform sufficient due diligence before appointing an AR; or (b) has inadequate oversight and control of its ARs.  The FCA notes that firms operating AR models account for a significantly greater than proportionate share of all complaints.

The consultation paper therefore proposes changes to the AR regime to address this harm, while also retaining the cost, competition and innovation benefits that the FCA accepts the AR regime provides.  Broadly, the proposed changes will strengthen principal firms' oversight of ARs and require principals to provide the FCA with more information.  They will require more detailed due-diligence and reporting when principal firms are on-boarding new ARs and will also require principals to oversee their ARs more effectively on an ongoing basis.  This might, for example, require principals to take more extensive steps to check what activities the AR is carrying out outside the scope of its relationship with the principal.  Imposing more onerous responsibilities on principal firms to supervise their ARs will increase the scope for consumers to bring claims against principals alleging a failure of their duty to supervise, when an AR causes harm.  The FCA also seeks views on the wider risks posed by AR business models and whether limits on these might reduce the risk of customer harm.

It appears that the consultation has been prompted, at least in part, by the Treasury Select Committee's recent recommendation to the FCA and HM Treasury to consider reforms to the AR regime.  Indeed, on the same day as the FCA's consultation, HM Treasury also published a Call for Evidence in respect of whether legislative changes are needed to reform the AR regime.   Whilst proposing changes to principals' obligations on due diligence and supervision, and providing further guidance on firms' obligations, the FCA's consultation does not propose any fundamental changes to the concept of a principal's liability for an AR's acts.  It will therefore leave the current law in this area unchanged.  However, HM Treasury's review could potentially result in legislative changes that might alter the law in this area and have more far-reaching effects.

The FCA's consultation will also no doubt have been prompted to some degree by high profile judicial decisions in this area in recent years in relation to financial services networks, which have set out guidance on the circumstances in which principals are, and are not, responsible for the acts of their ARs.  In particular, this guidance makes clear that there will be circumstances in which AR firms act outside the scope of the business for which their principal has accepted responsibility, in which case the principal may well not be responsible for any harm caused to consumers.  Such situations may well be the genesis for the proposals in the FCA's consultation around strengthening expectations on firms to monitor activities of ARs outside the scope of the AR appointment.

Consumers may feel that it is an unfair outcome when a principal is not held responsible for its AR's activities, given that the consumer may not understand the respective roles, and division of responsibility and potential liability, as between principal and AR.  Equally, however, well-run networks will feel that they should not be faced with liability in circumstances where they operate in accordance with all relevant laws and regulations but rogue ARs nevertheless cause harm to consumers without their knowledge, for example by operating fraudulent schemes.  The FCA therefore faces a difficult challenge in seeking to balance the interests of all stakeholders in the AR regime.

If ultimately implemented, the FCA's proposed changes will undoubtedly provide additional consumer protection and may serve to improve practices at some networks.  Against this, of course, imposing additional requirements on networks may well result in increased costs for networks, with such costs potentially passed on to some degree to consumers, potentially widening the existing 'advice gap' and resulting in more consumers making financial decisions without professional advice.  These increased costs will likely include an increase in the costs of networks obtaining professional indemnity insurance, already a significant cost in the current hard market.  The FCA acknowledges these issues in its consultation but considers them to be 'low risk' factors.  Networks, however, may well respond to the consultation pushing back on the FCA's proposals for these and other reasons, and it remains to be seen to what extent the FCA is ultimately influenced by such concerns.

For anyone wishing to respond to the consultation, the deadline for responses is 3 March 2022, and responses can be submitted here.  Financial advice networks in particular, but also the industry as a whole, will no doubt await the FCA's conclusions with interest. 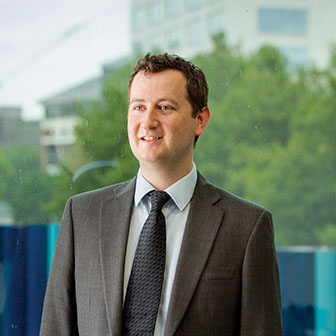