Tree root subsidence claims are often long running and expensive for insurers, not to mention the impact they have on the policyholder. This is especially so when underpinning of the affected property is required to reinstate stability. Where underpinning is required, insurer’s outlay can often run into the tens or hundreds of thousands of pounds. Frustratingly, these costs can invariably be avoided by securing swift removal of the implicated vegetation; however, where the tree is not owned by the policyholder, swift removal is often elusive and insurer’s best option is to seek to recover the costs of underpinning from the third party tree owner.

Securing removal of the tree has the obvious advantage that insurers will avoid the considerable upfront costs of underpinning. However, from a legal perspective, it is also essential to be able to demonstrate that such attempts have been made, in order to maximise the prospects of recovering insurer’s often sizeable outlay, in the event those attempts fail.

The position derives from the legal principle that Claimants’ have a duty to mitigate their losses by not incurring greater costs than necessary to reinstate their property.

The position, as it applies to tree root subsidence claims, is set out most concisely in the case of Delaware Mansions Ltd v Westminster City Council:

“it cannot be right to visit the authority or owner responsible for a tree with a large bill for underpinning without giving them notice of the damage and the opportunity of avoiding further damage by removal of the tree. Should they elect to preserve the tree for environmental reasons, they may fairly be expected to bear the cost of underpinning or other reasonably necessary remedial works”.

Consequently, tree owners may have a viable defence to any recovery claim brought by Insurers for the costs of underpinning if they fail to approach the tree owner in good time before moving to underpin.

The above raises the question of what measures insurers must take in order to satisfy their obligation to mitigate losses. The answer will always depend on the individual facts and circumstances of the claim and this can present a significant hazard to an insurer, seeking to balance their obligations with the need to restore their policyholders’ home or business.

The Court accepts that a Defendant must be afforded a reasonable period of time, subsequent to notification, to carry out their own investigations and effect removal, but how long is reasonable?

Whilst there is no definitive answer, an inference can be drawn from decided cases, where tree owners have raised failure to mitigate in their defence. Perhaps most notably, in Le Jones (Insurance Brokers) Limited v Portsmouth City Council the Court of Appeal rejected the tree owner’s appeal, which was based, in part, on the assertion that they had not been afforded sufficient time to abate. In that instance the Defendant was notified of the damage on 2 September 1992 and the contract for underpinning works was made on 21 December 1992. From this we can conclude that a period of just three to four months’ notice could be deemed adequate.

The Court will also give consideration to what documentation and information was made available by insurers to the tree owner upon notification of the damage, in determining whether they have been afforded sufficient opportunity to remove.

Practically, to undermine any argument by a tree owner that they would have removed the tree, insurers should afford the tree owner as much time as possible, but no less than four months and all the site investigations they have available to them, at the earliest opportunity. This should almost certainly include level monitoring, as this will be highly indicative of an ongoing vegetative influence necessitating underpinning.

The obligation to mitigate loss applies regardless of whether the implicated tree is owned by either a Local Authority, a commercial Landlord, or a domestic homeowner. However, where an implicated tree is the subject of a Tree Preservation Order (TPO), there are additional complications to the mitigation process.

If the Local Authority refuse consent to remove the tree, the tree owner will likely have a viable defence to any claim against them for the costs of underpinning. However, insurers will have a potential avenue of recovery against the Local Authority for any costs consequent on their refusal decision, which will encompass underpinning, under the Town and Country Planning (Tree Preservation) (England) Regulations 2012. This avenue of recovery will not arise unless consent to fell is sought and refused, once again highlighting the importance of making efforts to secure removal of the implicated tree in the first instance.

In summary, Insurers should ensure the following mitigation steps are undertaken when dealing with tree root induced subsidence damage:

If you have any questions in relation to the legal considerations of mitigation or subsidence more generally please feel free to contact Ally Yeandle. 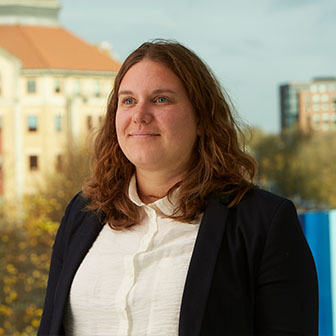