In this chapter of our Annual Insurance Review 2020, we look at the main developments in 2019 and expected issues in 2020 in Asia and Australia.

On 23 September 2019, the Hong Kong Insurance Authority (IA) took over as the sole regulator of insurance intermediaries in Hong Kong. Insurers and intermediaries have been investing heavily into compliance with the new statutory regime, pursuant to which the IA became responsible for setting licensing requirements, supervising insurance intermediaries' compliance with relevant legislation and regulations, handling and investigating complaints brought against intermediaries and taking disciplinary action as required. In October 2019, the IA granted its first virtual general insurance licence to Avo Insurance, a digital insurer which sells its products online without the use of agents or brokers.

In Australia, the Royal Commission into Misconduct in the Banking, Superannuation and Financial Services Industry released its long-awaited final report on 4 February 2019. In late 2017, the Royal Commission was tasked with investigating whether the conduct of financial services entities fell below industry standards. The Commission received over 10,000 public submissions and conducted public hearings spanning 68 days. The final report observed that existing legislation was not being enforced, made 24 separate referrals to regulators for potential prosecution and set out 76 recommendations. Notable recommendations included extending the practice of holding individuals within an organisation accountable for their division/product line to all regulated financial institutions, including insurance and superannuation.

In July 2019, the China Banking and Insurance Regulatory Commission unveiled a series of measures aimed at opening up the country's financial system. These included removing restrictions requiring insurance companies to have at least 30 years' history before they can apply to enter the Chinese market and clearing the way for foreign investors to hold majority stakes in insurance companies. On 14 November 2019, Allianz (China) Insurance Holding Company Limited received approval from the Commission to become the first wholly owned insurance holding company by a foreign insurer.

The region experienced a series of further natural disasters and extreme weather events throughout 2019. India received its heaviest monsoon rainfall in 25 years between June and October, estimated to have claimed over 1,850 lives and caused losses exceeding USD10 billion. Rainforest blazes in Sumatra and Borneo islands not only forced the cancellation of hundreds of flights, but also caused a minor diplomatic row with neighbouring Malaysia as toxic smog from forest fires dispersed across the region.

More recently, Japan was hit by two destructive typhoons (Typhoon Faxai and Typhoon Hagibis) and a magnitude 5.7 earthquake in the space of just six weeks. Typhoon Hagibis is considered the strongest tropical storm to have hit Japan in more than six decades and insurers are therefore braced for record-high claims, currently estimated in the range of US$8-16 billion. One particularly complicating factor for insurers is the additional damage caused by Hagibis to properties first damaged by Faxai, but not repaired in time.

Amid climate change and environment degradation, researchers estimate that the annual economic loss from natural disaster events for Asia-Pacific is now around US$675 billion –approximately 2.4% of the region's overall GDP. Given the significant time and costs of quantifying such losses, insurers across the region are exploring more innovative technologies to support these claims.  Solutions include the use of automated indices to trigger payment immediately upon the relevant insurable event occurring (such as by reference to the intensity of an earthquake or the extent of rainfall). This dispenses with the usual proof of loss and/or loss adjusting requirements, which inevitably give rise to delays in making payment.

2019 saw a number of high-profile cyber breaches affecting a range of corporates and institutions across the region. Indonesia's low-cost airline, Malindo Air, Uniqlo and the Australian National University were among those targeted. Singapore's Cyber Security Agency reported a total of 6,179 cybercrime cases in 2018 with Singaporean businesses suffering close to US$42 million in losses – an increase of about 31% from 2017.

Asia's high overall digital connectivity, relatively low cybersecurity awareness and vulnerable IT infrastructures make for an optimal environment for cyberattacks and an effective logistics hub for hackers. Governments are seeking to tackle the threat through domestic legislation and international co-operation. ASEAN member states have responded by forming a working-level committee to advance norms of responsible state behaviour to enhance cybersecurity and stability.

Hong Kong's "summer of discontent" has escalated from what started out as peaceful protesting and "sit-ins" at Hong Kong airport to increasingly violent clashes between police and protesters, with police firing live bullets and tear gas, and protesters retaliating with violence and vandalism. Industry insiders estimate the insurance claims arising out of the protests to be worth some US$80 million, which would make it the third largest insurance claims event in Hong Kong's history (after Typhoon Hato in 2017 and Typhoon Mangkhut in 2018).

On Easter Sunday, Sri Lanka was the victim of a coordinated terrorist attack involving eight bomb explosions at churches and luxury hotels across Colombo that left more than 250 people dead and hundreds injured. In retaliation, significant anti-Muslim riots spread across the Northwestern province with mosques and Muslims-owned businesses being the main targets. This follows reports of anti-Muslim mob violence in 2018 in central Sri Lanka which prompted the national government to declare a state of emergency.

In light of increasing social and political instability in the region, insurers are reexamining the terms of their insurance policies, particularly as it relates to coverage and/or exclusions for loss arising from strike, riot, civil commotion and terrorism.

Emerging markets continue to invest in large-scale public projects aimed at promoting economic development and regional integration. Notable projects under construction include Hong Kong's Shatin to Central Link (HKSCL), costing some US$12.4 billion, making it the city's most costly rail project to date, and the Mumbai-Ahmedabad High Speed Rail Corridor, India's first high-speed rail line. As an anchor investment of China's Belt and Road Initiative, the Kunming-Vientiane railway project connecting Southwestern China with the capital of Laos is only the first phase of a broader scheme to construct a Pan-Asia railway network spanning Southeast Asia.  The multi-jurisdictional nature of these projects brings with it challenges for insurers and reinsurers in terms of understanding the different legal systems, regulations and cultural and political landscapes.

We are also seeing increased public scrutiny into workmanship standards in the industry. In Hong Kong, a Commission of Inquiry into contractors taking shortcuts in the construction of the HKSCL, which raised concerns about public safety, is ongoing and expected to complete in 2020.

Notwithstanding projections by the International Monetary Fund that M&A activity across Asia is set to slow in 2020, as trade tensions continue to rise between China and the US, the M&A insurance sector continues to grow – particularly for the emerging markets of South East Asia, which present as attractive targets for overseas investors. This presents opportunities for M&A insurers in Asia to continue to grow their portfolios. This growth inevitably brings increased competition to the market, which may start to soften as a result. In particular, warranties traditionally excluded from cover, such as environmental and tax warranties, are likely to become an area of more intense focus as part of the underwriting process.

In an increasingly competitive insurance market, investment in InsurTech is ever increasing.  Market research estimates that the global InsurTech market will be worth US$1.1 billion by 2023. The bulk of this growth is expected to occur in the Asia Pacific's unique ecosystem of emerging markets and technological hubs. InsurTech investment in Asia is currently focused on digital distribution channels; technologies offering consumers the ability to purchase policies directly online, online brokerage services, and online policy comparison portals – which we expect to continue with the grant of further virtual licenses to digital insurers. Asia is also set to jump on the global trend of investing in technologies that support policy administration and management systems, and the claims handling and settlement processes.  For example, HOVER, a Californian based startup, now offers a technology that allows for the transformation of smartphone photos of any property into a 3D model, thereby dispensing with the need for onsite inspections. Given the upward trend in natural disasters and extreme weather events in Asia, such technologies are likely to be of significant interest to property and casualty insurers across the region. 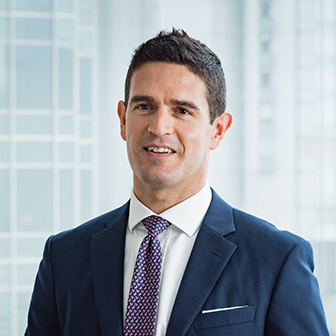 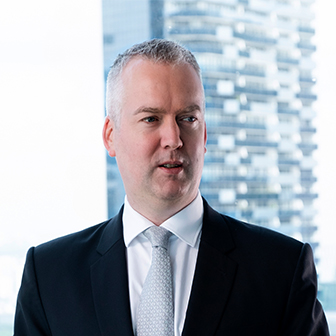 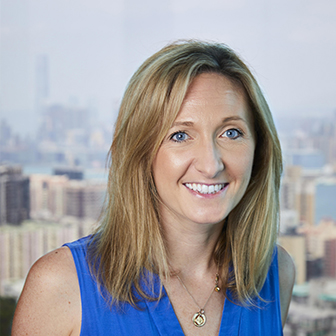