In this chapter of our Annual Insurance Review 2020, we look at the main developments in 2019 and expected issues in 2020 for procedure, damages and costs.

Practitioners are grappling with the new disclosure pilot (in force on 1 January 2019) and discovering that perhaps unsurprisingly, it has not yet led to a reduction in costs, but rather to further front-loading of costs – another reason to engage in Alternative Dispute Resolution (ADR) at an early stage. The question whether the courts can compel parties to engage in ADR is once again in issue.

The Court of Appeal in Lomax v Lomax held that the court could compel an unwilling party to engage in Early Neutral Evaluation (ENE) without both parties' consent. ENE is a little-used form of ADR involving the appointment of an independent evaluator (who can be a judge; not the one who hears the trial) to give the parties an assessment of the merits of the case. The evaluator does not decide the case, but gives the parties an objective view of the strengths and weaknesses of each case to encourage settlement.

The prevailing view, following the seminal Court of Appeal decision in Halsey v Milton Keynes NHS Trust, is that the court could not force unwilling parties to engage in ADR. The judge at first instance in Lomax (an Inheritance Act dispute) followed this approach but suggested that the Civil Procedure Rules Committee (CPRC) clarify the rules on this point. The CPRC considered that the Civil Procedure Rules (CPR) did not require clarification (a conclusion with which the Court of Appeal agreed as it considered that the CPR do permit the court to order an ENE in the absence of consent), but have asked the Civil Justice Council to consider the issue further. Watch this space.

In the meantime, defendants should consider whether ENE can be used to their advantage to force claimants to face up to weaknesses in their cases and, therefore, accept a reasonable settlement. In cases where the defendant is exposed, it will be difficult to resist submitting to ENE if the claim is in litigation and the claimant insists. Consider settlement before the first CMC to avoid the court having the chance to impose ENE and alert the claimant to the weaknesses in the defendant's case.

The Commercial Court working group considering reform of the rules on witness evidence received about 1,000 responses to their consultation and has split into two sub-groups to examine the results before publishing their first report.

The aim of the review is to try to address criticism that witness statements are an expensive part of the litigation process which often result in lengthy, carefully crafted documents in the words of the lawyers, rather than in the client's own words. Commentators suggested this could be addressed by the courts simply taking a stricter approach to enforcing the current rules and the courts have taken up the mantle.

In Cathay Pacific Airlines Ltd v Lufthansa Technik AG, Mr Kimbell QC ordered the parties to identify in their pleadings the extent to which they proposed to rely on witness evidence, but this direction was apparently unwelcome as the parties asked him to reconsider. The judge referenced the working group and concluded that there was no reason why the court ought not to take steps to enforce the existing rules. He considered that, as the parties' relationship had spanned a long period (10 years) and there was a large amount of documentation, there was a real risk of witness statements being served which contained a lengthy and unnecessary commentary on documents. He therefore adopted the approach of Sir Rupert Jackson requiring the parties to identify the factual witnesses they intend to call and which of the pleaded facts the various witnesses will prove. In practice, this involves filing an annotated version of the parties' statement of case indicating where witness evidence will be relied upon to prove a particular fact.

This approach is generally to be encouraged as, if the parties comply with the existing rules, the costs of preparing witness statements are likely to be reduced. However, for defendants, this practice, if adopted more widely, may result in costs that would ordinarily be incurred at a later stage being brought forward to the CMC stage, providing a further incentive to settle early. 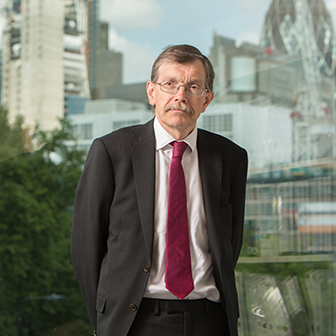