British Gymnastics sticks landing on appeal, but wobbles on injunction

Last year, we reported that the Intellectual Property Enterprise Court (IPEC) had found in favour of national governing body (NGB) British Amateur Gymnastics Association (British Gymnastics), following its trade mark infringement and passing off claims against UK Gymnastics Ltd (UKG). You can read our detailed analysis of the case, which concerned use of word and device marks for 'UK GYMNASTICS', here.

Following an appeal by UKG, the Court of Appeal (CoA) has now upheld the IPEC's decision through a unanimous judgment. The scope of the injunction granted in favour of British Gymnastics at first instance has however been narrowed.

Since about 2012, UKG has advertised, offered and provided membership, education and competition services to individual gymnasts, gymnastic clubs and coaches under both word and logo signs for ‘UK Gymnastics’ (Defendants’ Signs).

The Defendants challenged the IPEC's finding on the following grounds:

The Appeal (the outcome)

NGB status and passing off (appeal grounds 1 and 2)

The CoA rejected the first NGB related ground but found that HHJ Clarke had erred in her finding of one of the three counts of passing off (ground 2).

In relation to NGB status, the IPEC’s decision was found to be correct: not only did UKG not comply with the definition of an NGB in the Sports Councils' Recognition Policy 2017, it didn't even comply with its own definition.

As a result of the finding on appeal ground 2, the CoA set aside part of the injunction that had been granted by the IPEC, in particular the prohibition on UKG passing off any goods or services as "otherwise denoting some form of official or approved status upon the Defendants or otherwise asserting to be a National Governing Body contrary to fact".

It was accepted by the CoA that these words extended beyond what British Gymnastics had pleaded in its case. Furthermore, the wording was ungrammatical and unclear, and the scope of the last part of the injunction was uncertain as "National Governing Body" was not defined. Consequently, that part of the injunction was discharged and the part that remained was limited to: "otherwise pass off any business or goods or services as being the business or goods or services of the Claimant or otherwise associated or connected with the Claimant or otherwise the subject of some commercial arrangement involving the Claimant."

In relation to the IPEC's decision on trade mark infringement, UKG argued that the IPEC:

Both grounds of appeal were dismissed by the CoA. The CoA was satisfied that the IPEC had correctly considered the differences between the Defendants’ Signs. Furthermore, even if a low degree of similarity had been found, this would not have altered the IPEC’s assessment on likelihood of confusion.

This case neatly demonstrates the Court's approach in offsetting a low degree of similarity in two marks against a high degree of similarity in services. It also sheds light on the fact that there may be more than one 'level' of attention that should be considered when assessing the relevant average consumer. In this instance, the wide scope of who the average consumer was meant that both a high and low degree of attention would be paid to the marks in question.

The case is also a timely reminder of the well-established principle that injunctions need to be drafted precisely enough so as to be clear as to what the defendant can and cannot do. 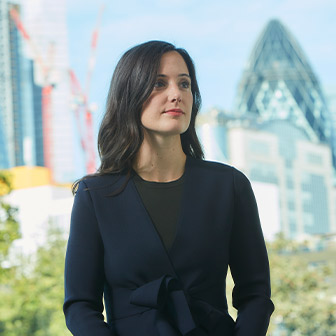