Invest in due diligence for dubious schemes

The SRA urges firms to remain cautious when becoming involved with investment schemes.

On 17 August 2020 the SRA updated their warning notice on the dangers of "dubious or questionable investment schemes" for not only law firms but members of the public who are considering paying money into a supposed investment scheme where a law firm or solicitor is involved.  The warning notice has been updated to include key concerns outlined in the SRA's annual Risk Outlook and Thematic Report.  The latter found that typical losses were more than £1m per scheme.

In these scenarios, the allure of a law firm's credibility in the public's eye is exploited by the sellers and promoters of these schemes who offer returns exceeding those currently available to consumers.  The schemes often result in significant irrecoverable losses which undermine public trust in the profession, not to mention the damage done to the unsuspecting firm.

Typical examples of such schemes include:

A typical 'Red Flag' to watch out for includes the sellers asking to namecheck firms in their marketing materials.

The SRA have, in the last 5 years alone, taken 48 solicitors and 2 firms to the Solicitors' Disciplinary Tribunal (SDT), resulting in 16 strike offs, 8 suspensions and £870,000 worth of fines.  This has resulted in corresponding claims on the SRA's compensation fund, and the risk of yet further claims has led to the SRA increasing the profession's contribution to the compensation fund for several years.  These fraudulent investment schemes were, in part, a motive for the SRA to reduce the maximum claim on the fund from £2m to £500,000.

A thematic review of 40 past cases found that in 63% of cases due diligence conducted by the relevant solicitor was inadequate and in 20% of cases no checks had been carried out at all.  That investigation led to seven firms being intervened and 20 referrals to the SDT.

Paul Philip, the SRA’s chief executive, warns that the operators of these dubious schemes are aware of the warnings regulators issue and are constantly adapting their stories to appear legitimate.  He adds that "Solicitors must never be complacent – stay up to date, do your due diligence and if in any doubt, do not get involved."  Simon Davis, president of the Law Society said "Historically fraud is a crime that increases during recessions. As the economy slides and unemployment rises, all solicitors must therefore be alert to that risk, especially if a deal seems too good to be true."

Solicitors and firms should bear in mind that if they receive multiple similar claims as a result of their innocent involvement in fraudulent schemes there is an aggregation clause in the SRA's minimum terms and conditions for professional indemnity insurance which places a cap of £2m (or £3m for incorporated firms) on an insurer's liability for "a series of related matters or transactions".  If a firm isn't careful, its principals could end up with a hefty bill for any claims in excess of that cap – on top of a potential trip to the SDT (or worse). As the UK finds itself in yet another recession, there has never been a better time for firms to review their fraud management procedures and to remind themselves of the dangers of failing to remain vigilant. 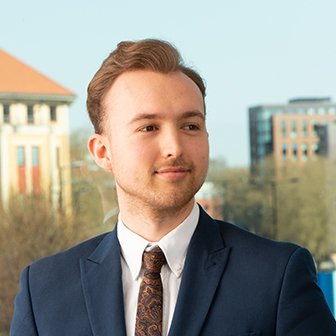