Legal advice privilege not lost by repeating the client's instructions

In Raiffeisen Bank International AG v Asia Coal Energy Ventures Ltd (1) Ashurst LLP (2) [2020] EWCA Civ 11, the Court of Appeal has confirmed that legal advice privilege over a client's instructions to their lawyers is not lost, merely because the client authorises their lawyers to repeat the substance of those instructions to another party.

The facts of the case

During the course of the transaction, Ashurst provided a "solicitor's confirmation" to the bank confirming that (a) it had been put in funds for an amount of not less than US$85m and (b) it had irrevocable instructions to transfer that sum to an Escrow Agent upon the signing of an Escrow Agreement and, in the event that an Escrow Agreement was not signed within 30 days of the confirmation, to hold the sums pending further agreement by the parties (the "Confirmation").

In due course, Raiffeisen released its security and the shares were transferred to ACE.  However, ACE refused to complete the transaction. The parties did not enter into an Escrow Agreement. Although Ashurst received the US $85m into its client account, within about two and a half months, the money was no longer there and the balance of the client account had been reduced to zero.

Raiffeisen brought proceedings against ACE for payment of the outstanding purchase price.  Raiffeisen also brought a claim against Ashurst for (in essence) breach of the terms of the Confirmation.  As part of that claim Raiffeisen sought disclosure of any documents containing the "irrevocable instructions" of SMM to Ashurst referred to in the Confirmation.  The bank argued (at first instance and on appeal) that:

Raiffeisen relied on the case of Conlon v Conlons Limited [1952] 2 All ER 462 as authority for the proposition that, "legal professional privilege did not extend to a communication which the client instructed the solicitor to repeat".  The bank's application for disclosure was rejected by the Court of First Instance (which distinguished Conlon on the facts of the case), leading to the appeal.

The question at the heart of the appeal was how the court's previous judgment in Conlon should be interpreted. It is therefore necessary to briefly consider the facts of that case.

The decision in Conlon

The issue in Conlon was whether the Claimant's personal injury claim had been compromised by an earlier settlement agreement. The Defendant argued that it had, but the Claimant denied that he had given his former solicitors authority to make a binding settlement offer. The Defendants raised enquires regarding the instructions and authority that the Claimant gave to his former solicitors. The Claimant refused to answer those enquiries, claiming legal advice privilege. The Court of Appeal ruled that the Claimant must answer the enquiries and the judgment contains the following comments on privilege.

If those two conditions are satisfied then communications between a solicitor and their client will be privileged. Even though a particular piece of correspondence may not itself be seeking/giving legal advice, it will still be privileged provided it is part of a "continuum of communications" in which advice may be sought or received.

Commentators have struggled with the decision in Conlon, which has been described as "a decision at the margins", "not convincing", and "not without problems".  Conlon has also been considered and distinguished in two Australian cases. Both Australian cases had similar facts to Conlon – i.e. a Claimant contended that their solicitors did not have authority to agree a settlement that would have debarred the Claimant's cause of action but the Claimant also invoked privilege to resist disclosure of evidence concerning the scope of their solicitors' instructions. The Australian courts held that in each case the Claimant's had put the scope of their solicitors' authority in issue and had therefore waived privilege over the relevant communications recording the solicitors' authority.

The question before the Court in Raiffeisen was whether the judgment in Conlon could be interpreted in the same (narrow) way – i.e. legal advice privilege over solicitor / client communications will only be waived if the client puts the content of the communications "in issue". Males LJ held (at paragraph 67):

"The question then arises whether it is open to us to say that Conlon should be understood in this way. I would hold that it is. While it is true that the judgments are not expressly reasoned in this way, these were extempore judgments somewhat shortly expressed and it is axiomatic that nay decision must be understood by reference to the facts."

The Court of Appeal therefore rejected the suggestion that Conlon established the broad proposition that legal advice privilege does not extend to a communication containing information which the client instructs the solicitor to repeat. As there was no suggestion that SMM had said or done anything to call into question the fact that it had instructed Ashurst to give the confirmation, Conlon could be distinguished.

The Court also rejected a submission by Raiffeisen that SMM's instructions to Ashurst to give the Confirmation were not a communication for the purpose of legal advice or/within the relevant legal context, but rather was akin to an instruction to collect rent.  The Court dealt with this argument briefly, finding that the context on which SMM gave instructions to Ashurst directly related to the performance by Ashurst of its professional duties, therefore there was a clear legal context. SMM's instructions formed part of a continuum of communications in a relevant legal context and were therefore privileged. Raiffeisen's appeal was dismissed.

The Court of Appeal's decision is a useful reaffirmation of the importance and breadth of legal advice privilege.  The narrow interpretation of the scope of the ruling in Conlon is logical and should provide welcome clarity to legal professionals as to the circumstances in which legal advice privilege will (and will not be) waived. If Raiffeisen's disclosure application had succeeded, it could have paved the way for broad requests for disclosure of documents containing a client's instructions on the basis that their lawyer had made some reference to those instructions in correspondence.  That would create some significant risks and practical difficulties for lawyers when corresponding with counterparties (in both transactional and contentious work). 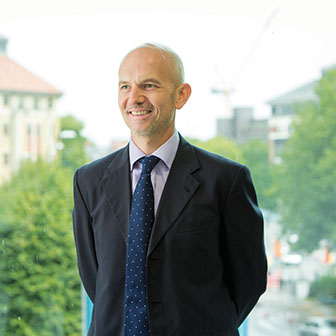