Halving the time allowed for Letters of Response: a worrying idea

A committee looking at possible reforms to the Pre-Action Protocols ("PAPs") has suggested dramatically shortening the deadline for letters of response under the PAP for professional negligence. Currently defendants are afforded three months from acknowledging the letter of claim in which to prepare the letter of response. The Civil Justice Council's view (as set out in its recent interim report) is that this period is "prima facie excessive given that many other types of litigation also require the collection of expert evidence on multiple questions but do so on a considerably quicker timescale."

Under the CJC's proposals, which are out for public consultation, defendants would only have 14 days for the letter of response, with the right to a 28-day extension to obtain further information (i.e. six-weeks in total). Any further extension would require the agreement of the Claimant.

Other proposed reforms (to all the PAPs) include:

In our experience, it would be very difficult in many cases to conduct the necessary investigations, drafting and taking of instructions in a 2-6 week period and we will be making representations to that effect. If halving the time for letters of response does not sound like a good idea to you, then you can make your views known by following the link here. The consultation is open until 10am on Christmas Eve.

Litigators practicing in the Business and Property Courts (B&PC) have been grappling with the new regime for witness statements set out in Practice Direction 57AC (PD57AC) for much of 2021.

PD57AC applies to trial witness statements for use in the B&PC signed on or after 6 April 2021. The reform is not insignificant and heralded a new approach to the preparation and substance of witness statements, although not without some uncertainty as to the operation of certain clauses in PD57AC.

Mrs Justice O'Farrell DBE in the TCC recently handed down one of the first decisions providing substantial guidance on key aspects of PD57AC: Mansion Place Ltd v Fox Industrial Services Ltd [2021] EWHC 2427 (TCC). In this case, both parties had made applications in relation to the admissibility of the other party's witness statements.

PD57AC requires trial witnesses to focus on and include only matters of fact of which the witness has personal knowledge and that are relevant to the case. The upshot of this is that lengthy commentary on or recital of documents and exhibits is no longer permitted. It will also generally not be necessary for the witness to refer to documents although there are limited exceptions. Where it is absolutely necessary for a witness to refer or be referred to a document, paragraph 3.2 of PD57AC requires the statement to identify those documents by list.

In this case, the Judge provided guidance on how far that list should go after it was suggested that the defendant's list was insufficient. She clarified that paragraph 3.2 did not require each and every document that had been looked at during the proceedings by the witness to be listed. Rather, only those documents that the witness had been referred to for the "purpose of providing the evidence in the witness statement" was required. The Judge explained that:

"the purpose of the rule is to provide transparency in respect of documents used to refresh the memory of the witness so that the court and the other side can understand the extent to which, if at all, the witness might have been influenced by the contemporaneous documents, including those not seen at all".

Finally, in what might be perceived as a missive to practitioners looking to gain strategic advantages by attacking witness evidence, the Judge warned that the correct approach, where there is a dispute surrounding compliance with PD57AC, is for parties to try to reach agreement in the first instance. Should this fail, it is right to apply to the court for a determination, but this should not be done in a way that disrupts trial preparation or incurs unnecessary costs. The parties should also avoid satellite litigation that is disproportionate to the issues and sums in dispute.

SDT sends a 'warning to the profession'

A recent decision by the Solicitors Disciplinary Tribunal (SDT) emphasised the need for solicitors to only undertake work for which they are suitably experienced and competent. Syed Imran Raza Rizvi, the principal of Liberty Law UK (Liberty), was described as an 'inexperienced conveyancer', and indeed Liberty's insurance renewal proposal firm stated that it did not undertake any conveyancing work. Despite this, Mr Rizvi undertook a conveyancing matter which resulted in him inadvertently using Liberty's client account as a banking facility, as well as breaching a written undertaking. Liberty had transferred the purchaser's £42,500 deposit to a 3rd party based out of the jurisdiction and was unable to subsequently reclaim it. The sum ultimately had to be reimbursed by Liberty's indemnity insurers.

As summarised by the SDT, the case is 'a warning to the profession of the dangers of a solicitor stepping outside the area of his or her expertise without first obtaining the necessary experience to discharge their professional duty with competence'. Mr Rizvi was fined £15,000 and ordered to pay costs of £14,500.

The County Court in Liverpool found a dental expert liable for over £50,000 in costs incurred by a defendant hospital after concluding that the expert had demonstrated a flagrant disregard for his duty to the court.

The claim had concerned whether an oral and maxillofacial surgeon working in a hospital had acted negligently when carrying out dental surgery under general anaesthetic. The claimant's expert was a general dental practitioner who had not carried out dental surgery under general anaesthetic since 2000 and had never worked as an oral and maxillofacial surgeon. The expert nevertheless advised the Court that he has was able to speak to the standard attributable to someone working in that role.

In reaching its decision the court held that the expert did not have sufficient experience to express the opinions he did. The Recorder noted that "it must have been obvious to [the expert] that he was not able to comment on whether a person exercising a wholly different role had made errors such that they could be deemed negligent". The Court concluded that the claim against the hospital would not have been brought but for the expert's report. The expert had therefore caused the hospital to incur considerable expense on the litigation. The Recorder also noted that she had found the expert's evidence "grossly unhelpful and wholly unreliable" and made various comments regarding the expert's failure to engage with the evidence and the virtual hearing itself.

You can read the judgment here.

In our June edition, we noted that the Legal Ombudsman (LEO) had published a "two year recovery plan" meant to address the lengthy delays consumers faced when raising complaints.

However, the intended improvements to response times under the new plan have now been delayed by at least another year, into 2023/2024, with difficulties in recruiting investigators being cited as a cause for the delay. During a consultation on its 2022/23 Business Plan, it was revealed that the pool of cases yet to be investigated stood at 5,677 at the end of September, 9% higher than had been forecast at the start of the year.

This backlog was larger than the entire output of the organisation in 2020/21, and whilst LEO had worked on the assumption it would close 7,057 cases in 2021/22, it is now forecasting 6,177, or just 5,069 without the early resolution initiative.

This inability to clear cases as quickly as LEO intended comes about as demand for the service grows. Between 2019/20 and 2020/21 demand for the service increased by 23%, and it stayed at similar levels in the first half of this year. The increased demand has been met with a slump in investigator numbers, as LEO has also been around 20% below established investigator numbers, and was 16 short of what was required in September.

Chief Ombudsman Paul McFadden has stated that if things stay as they are, that the LEO "will not clear the inherited backlog by the end of 2023/2024". In order to speed up their response times, the Chief Ombudsman noted that the organisation needs to think "even more radically and look at the best ways to overcome these challenges".

As a result, the Ombudsman has called for budget increases of either 3.8% or 5.1%, with this allowing for "investment in senior ombudsman experience placed at the front end of our process to apply proportionality and demand management at a faster rate". LEO has also suggested that the Legal Services Act be amended, so that the ombudsman can contract out its workload through agencies or temporary staff.

Some good news did arise out of the consultation with LEO reporting that they have seen a 30% year on year increase in case closures, with investigation times being 10% quicker overall across all case complexities.

Consultation for the business plan closes on 13 December.

Compared with many jurisdictions, Hong Kong has a relatively generous system of legal aid, as has been noted by Hong Kong's top court (Court of Final Appeal, (2018) 21 HKCFAR 237). Legal aid has assumed a particularly high profile of late, especially in relation to public interest litigation. Against this background the government's recent review of how legal aid cases are distributed, among lawyers selected to represent assisted persons, was always going to attract public and media attention.

The proposals and the operational changes being considered by the Legal Aid Department centre around the following:

The justifications for the proposals are stated to include the need to enhance efficiencies and transparency in the assignment of legal aid cases and avoid an over concentration of criminal and judicial review cases in the hands of a relatively small (although experienced) pool of lawyers. Unsurprisingly, some of the proposals have attracted a fair amount of criticism from sections of the community. At the time of writing, it looks as though the proposals will take effect in early 2022. 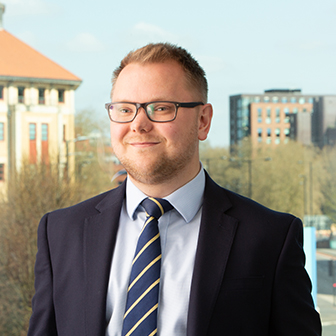 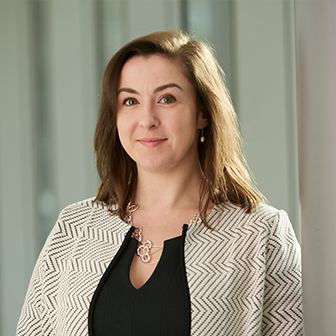