Background to the Restructuring Plan

The UK has introduced the Restructuring Plan; a new, flexible court supervised restructuring tool. The Restructuring Plan draws upon features of the existing Companies Act 2006 scheme of arrangement procedure (which remains available) but includes features which are new to the UK but similar to those under U.S. Chapter 11 bankruptcy proceedings.

The Restructuring Plan is part of a major package of reforms to UK insolvency law introduced in June 2020 as a direct response to the Covid-19 pandemic.  The concept had long been planned and consulted upon but the economic disruption caused by the pandemic catalysed its introduction.

A Restructuring Plan is an 'arrangement' or 'compromise' between the company and its creditors (including secured creditors) and/or shareholders – and can be proposed by any of them. It is influenced by the UK's long-established scheme procedure but with a number of enhancements, including 'cross-class cram down' provisions, as further discussed below.

Qualifying Conditions to the Restructuring Plan:

To be eligible to use the Restructuring Plan, a company need not be insolvent but must:

There is no requirement that a company establish its Centre of Main Interests in England to be eligible.  Rather, it must simply establish a 'sufficient connection' to the English jurisdiction.  It is expected that the test of 'sufficient connection' will be aligned with the jurisdiction test for schemes – a relatively low bar which has enabled a significant number of non-English companies to establish jurisdiction under the English courts to implement a restructuring.

A wide-range of restructuring options can be implemented within a Restructuring Plan and they have already been used to effect: a solvent recapitalisation (Virgin Atlantic), a combination of debt-for-debt and debt-for equity swaps (PizzaExpress) and most recently a solvent wind-down (DeepOcean).

Implementation of a Restructuring Plan involves two court hearings. At the first, when deciding whether to convene creditor and member meetings, the court will consider whether:

Creditors can, if they wish, make representations at this hearing. If the court is satisfied the convening conditions have been satisfied, it will make an order convening the creditor and member meetings.  The company then sends to all creditors and members notice of the meetings and documentation outlining the Restructuring Plan its effect on them. The meetings will then be held and votes recorded. Subject to voting thresholds being met (as detailed below), a second hearing is held to decide whether the court, at its absolute discretion, sanctions the proposed Restructuring Plan.

Notable Features of the Restructuring Plan:

A Restructuring Plan requires the approval of 75% in gross value of debt or equity that votes in each class of creditors or members. The absence of a majority in number threshold, present in a scheme, should provide greater flexibility.

Cross-class cram down is new to the UK.  It enables a dissenting class of creditors to be crammed down so as to prevent hold-out creditors blocking otherwise viable Restructuring Plans. This adds a flexibility, and a route to restructurings, that was previously unavailable in the UK but will be familiar from US Chapter 11.

Cross-class cramdown will be available where:

The 'relative alternative' will be whatever the court considers the most likely to occur in relation to the company should the Restructuring Plan not be sanctioned by the court (e.g. a formal insolvency process).

Comparison with other UK and International Processes

Schemes and Restructuring Plans both compromise creditor claims through a combination of consent, drag along and court sanction but there are also some major differences:

Chapter 11 and Restructuring Plans are both court sanctioned, debtor-in-possession processes with cross-class cram down available. The key differences between them are:

In January 2021, the Netherlands introduced its own new restructuring regime containing many similarities to Restructuring Plan and Chapter 11 processes.

It too requires court involvement although to a much lesser degree than its US and UK equivalents.  It is therefore expected to be a cheaper and quicker alternative. As with Chapter 11 and the Restructuring Plan, the Dutch Scheme benefits from a cross-class cram down feature.

Practical Application of the Restructuring Plan

This is just the start of the court's consideration of Restructuring Plans, but the successful sanction of the DeepOcean Restructuring Plan is a clear signal that the UK is well-positioned to remain a leading global restructuring hub based on its flexible and innovative restructuring regimes and experienced and dependable judiciary.

This article was first published in TOUCHPOINT, published by INSOL 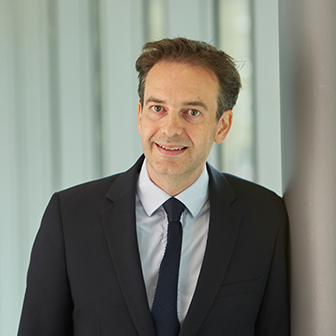 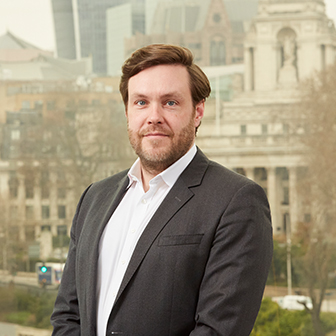