Seeing the coronavirus in a positive light

Within a few months, the world has transformed.

Thousands of people have died, our healthcare systems are stretched to their limits, economies are facing a real possibility of collapse, companies are on the brink of bankruptcy and many individuals are now left unemployed. This is all from a coronavirus that was previously unknown before appearing in Wuhan in December 2019. COVID-19 is an incredibly stressful time for everyone – both on a mental and personal level. Our entire way of life has been changed by it.

However, as the UK enters another week of lockdown, we are starting to see some positives emerge.

Blue-sky thinking has now taken on a more literal meaning. According to William Collins, a climate professor at the University of Reading, the sky is officially a deeper shade of blue this spring, thanks to decreased air pollution levels and a nationwide slowdown in human activity following lockdown.

In order to control the spread of COVID-19, the world’s most-polluted cities have shut down. With the closure of factories, transport networks and businesses and traffic levels plummeting, there has been a sudden drop in carbon emissions. Transport, for example, makes up 23% of global carbon emissions with driving and aviation contributing 72% and 11% of the transport sector’s greenhouse gas emissions respectively. Carbon emissions have fallen in the short term in countries where public health measures, such as keeping people in their homes, have cut unnecessary travel.

Cities across the UK, such as London, Manchester and Birmingham, have also seen a huge decline in toxic nitrogen dioxide levels, according to a study by the National Centre for Atmospheric Science. Nitrogen dioxide is a harmful gas released when fossil fuels are burnt, usually by power plants and motor vehicles. The drop in nitrogen dioxide levels not only improves air quality but also reduces the risks of asthma, heart attacks and lung disease.

And we're not just seeing improvements in the air. The famous canals in the city of Venice have seen a visible improvement in the quality of water. The government- ordered lockdown has meant a drastic reduction in boats, meaning there is less sediment kicked up and the water is clearer. There are even reports of fish and ducks being spotted back in the canals!

The human footprint on the earth has suddenly lightened. It is a glimpse of what the world might look like with a sustained reduction in fossil fuel use. However, it is far from certain how lasting this blue-sky interlude could last for after the end of pandemic. Governments are priming the economic pumps for a return to 'business-as-usual' in the upcoming months. Although this will be positivity news for the economy, the environmental gains that we have achieved are looking temporary or they may even be reversed.

If we want to emerge from this pandemic into a healthier, cleaner world, long-term political decisions need to be made about what follows. Global conferences intended to find solutions to environmental problems, such as the Cop26 UN climate talks, have unfortunately been postponed. It is therefore imperative that, while the planet enjoys a respite, targeted discussions on green jobs and clean energy, building efficiency and strengthening natural infrastructure are held across the world by country leaders and environmental experts.

Where the wild things are

While our species is in lockdown, wildlife has taken over and had the opportunity to reclaim their habitats, making the most of a planet uninhibited by humans. In San Francisco, coyotes, normally terrified of traffic, have been spotted on the Golden Gate Bridge. In Japan, the local deer have ventured from their home in Nara Park and are wandering the city. In Phang Nga, the southern province of Thailand, a record number of baby leatherback sea turtles have hatched with researchers attesting the lack of tourists to the hatching success. In the UK, cars and trucks annually take the lives of about 100,000 hedgehogs, 30,000 deer, 50,000 badgers and 100,000 foxes, as well as many other species of bird and insect. The annual death toll of roadkill will hopefully be substantially lower due to the significantly quieter roads.

In addition, the pandemic has demonstrated the deadly consequences of ignoring animal welfare standards. According to the United Nations Environment Programme, 75% of new infectious diseases come from animals, and it is widely supposed that the likely source of the pandemic was a wet market in Wuhan which traded in wild animals that do not have the same amount of regulation around them as animals which are eaten more regularly. Consequently, in the face of growing calls for a global ban on wet markets, China has started to address its stance on animal rights and welfare by banning the unregulated farming and consumption of live wildlife, which is expected to become law later this year.

A global cultural shift is needed in the way we view animals. It will not be easy to change culture attitudes or to enforce bans. However, to attempt to prevent another pandemic in the future, there must be a focus on causes as well as effects.

All the time in the world

In today's society, we are all-go, 24-hours a day. Our days are packed with hectic routines: going to the gym, school drop-offs, university, work, and socialising with friends and family. Plans have to be made way in advance and time is normally a luxury we cannot afford. Now, our routines are thrown up in the air and our favourite pastimes are generally incompatible with the current restrictions. Calendars are empty and we now have more time than we ever thought possible.

With all this free time comes an opportunity to spend more time on ourselves. People have embarked on new fitness regimes, dressmaking, jigsaw solving and copious amounts of banana bread baking! In March, Malmesbury-based Wentworth Wooden Jigsaw Company, saw jigsaw sales in the UK rocket by over 150%!

Of course, the NHS heroes and essential workers are still very much working and are out the frontline of this pandemic and we couldn't appreciate their efforts more. However, for those of us in lockdown, we have never had more time for some 'me time'. Everything you have put-off because you didn't 'have the time' you can now do – fix the cupboard door you've been putting off for months, learn a language, take up painting! Or just take a breath and enjoy this new slower way of life.

It's cool to be kind

Amidst the tragedy of COVID-19, there have also been heart-warming stories of human kindness and community spirit.

Those with spare accommodation have offered their properties to NHS workers in order to ease their fears that they will risk the lives of family members. Premier League club Chelsea has even offered NHS workers free accommodation at the Millennium Hotel at its Stamford Bridge ground, with the cost of the rooms covered by club owner Roman Abramovich.

Panic buying was at an all-time high at the start of the pandemic. This, and the socially distanced queues in place at supermarkets, have been especially hard on the more vulnerable members of society, some of whom are less able to get to the shops regularly. Supermarkets have responded by offering online delivery slots reserved for the elderly and vulnerable to make sure they don't miss out on essentials; neighbours, family and friends have also stepped up efforts to make sure the vulnerable are not going without.

However, being slightly on the older side didn't stop Captain Tom Moore. The 99-year-old army veteran pledged to walk 100 lengths of his garden to raise £1,000 for the NHS and became an international sensation. More than £13m was donated after Captain Tom's story captured hearts and inspired donors all around the world.

There is no denying the huge and devasting impact COVID-19 has had on the world. However, as the Monty Python song “Always look on the bright side of life” says, we should make the best of what the crisis has given us.

However, it is important to remember that while the coronavirus has inadvertently given us these opportunities, they do not have to end when we eventually come out of lockdown and find a cure to the virus. This could be the human race's chance to become not only kinder and more caring to our fellow humans but to now take care of our planet and its animal inhabitants.

From community spirit to the earth's much needed human respite, it is important to remember that there is always a silver lining – even in the darkest of situations. 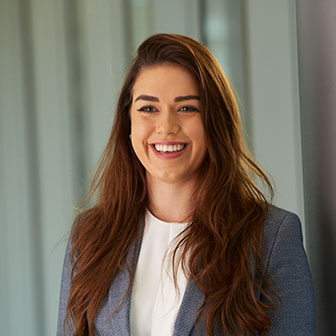