Following RPC trainees' 2017 "predictions", our editors take a look back at the key trends and events over the last 12 months to determine whether the trainees were right!

Nigel Farage’s year didn’t pan out quite as the trainees predicted, with no reality TV show appearances for the former UKIP leader, who instead gave an interview in December 2017 describing himself as “53, separated and skint.”  Instead, the mantle of the ‘straight talking politician’ has been passed to Jeremy Corbyn, his political opponent, on almost all issues.

The trainee predictions about the legal world, however, were spot on. We correctly foresaw that the Supreme Court would uphold the High Court’s decision in R (on the application of Miller and another) v Secretary of State.

In making predictions for 2017, no one foresaw that a General Election would be held. In such uncertain times, who can predict with any certainty that there will not be another in 2018 – especially were Theresa May to step down as Prime Minister after negotiating a transition deal for leaving the EU.

Given the bizarre state of US politics these days, the like, really smart RPC Trainees did unexpectedly well in predicting 2017's wild ride. The Trump Administration's primary successes so far have indeed been domestic, where we've seen federal courts stacked with strongly conservative judges, and the extremely business-friendly tax cuts helping along (or at least not disrupting) rapid stock market growth.

As for failings, the finger was rightly pointed at Trump's own, and their habit of tapping out inflammatory tweets. As predicted, his statements (both live and via Twitter), do appear to have lowered America's standing in the world, and at least raised fears of global conflict - perhaps via his big nuclear button. What wasn't anticipated, though, and is perhaps most interesting for lawyers, is how these statements have also been cited by numerous US Courts in blocking signature immigration policies such as the "Muslim Ban". On the whole, though, while some might unfairly label them FAKE NEWS, the predictions were pretty good. Smart!

"FTSE 100 ends 2017 at new record high" was the headline a few weeks ago as trading closed before the New Year; far from the pessimistic outlook forecast by trainees. Trainees were correct to predict that the uncertainty surrounding UK's relationship with Europe may impact the UK's economic prospects. In 2017, the UK's growth dropped below all other G7 economies. However, the progress made in respect of Brexit negotiations with the European Union following an agreement on the first phase of the Brexit deal was suggested to assist the FTSE 100 at the end of December.

As for Article 50, which trainees predicted would have significant ramifications, this was triggered on 29 March 2017. At this stage it is unclear precisely what deal will be reached with the EU. Parliament are to have a "take it or leave it" vote on the deal agreed by Theresa May with the EU. There is also to be a new Act of Parliament containing any transitions.

The trainees were spot-on with their prediction that cyber-security would be a key topic in the world of tech in 2017: it felt like the number of reported attacks, leaks and other data breach disasters increased exponentially over the course of the year. Fingers crossed that the increased frequency and awareness of breaches, coupled with the nigh-implemented GDPR, trigger greater protection in the forthcoming year.

The canny trainees who forecast the increased integration of digital assistants were probably feeling very smug over the holiday season as, time and again, products such as Amazon Echo and Google Home were cited as top Christmas gifts. What we didn't predict was just how integrated these assistants would become – some commentators are already comparing them to virtual butlers, based on their ability to control everything from microwaves to toilets.

One key area which was missed by the RPC trainees was the colossal increase in the value of Bitcoin and other crypto-currencies, but we will give ourselves a break: considering that many regard this rise as mere speculation it was a particularly difficult one to guess. In any case, if we had known that at some point this year the value would be 20 times higher than it was in January we probably wouldn't be writing this…

Memorable headlines in the entertainment industry in 2017 included the colossal Oscar mishap in which 'La La Land' was mistakenly named best picture; Disney's decision to purchase Fox for $52bn; the wave of high profile allegations against Hollywood's Harvey Weinstein; and Stanley Johnson asking if his son was "still foreign secretary" upon leaving 'I'm a Celeb'.

In other news, Ed Sheeran beat chart records in March with 16 songs in the UK Singles Chart top 20, leading to a shake-up of the rules by the Official Charts Company to stop the Ed Sheeran effect. Elsewhere, Netflix original content continued to boom and the highest grossing film of the year was Disney's recreation of 'Beauty and the Beast' (a scary thought that the next generation will know Emma Watson not as Hermione Granger but as Belle!).

Sadly, the trainees were wrong to predict a new baking show on BBC to replace the beloved GBBO.  Instead, the Bake Off continued on Channel 4 – albeit with a lot of adverts and without Mel, Sue and Mary Berry. The end of the year was more positive, as David Attenborough returned to our screens with 'cute fish' in Blue Planet II rather than the predicted 'cute animals'. And finally – 'trendy foods' predictions: the avocado phase is still going strong, decorative seeds continue to grace Instagram and veganism is on the rise.

The trainees were correct in predicting Chelsea as Premier League victors. The lack of support for Tottenham due to their history of poor season finishes proved well-founded, after they choked against West Ham as the season climaxed. Unfortunately for that one hopeful trainee who backed Middlesbrough, the fondly-named Boro ended up at the other end relegated.

Elsewhere in sport notable highlights over 2017 included: Serena Williams winning the Australian Open while pregnant; the retirement of Usain Bolt coupled with the scandal of Justin Gatlin; the climactic finish to the Augusta Masters that saw Garcia finally win a major; an unknown local winning the Venice marathon after the lead runners went the wrong way; and Italy failing to qualify for the World Cup. 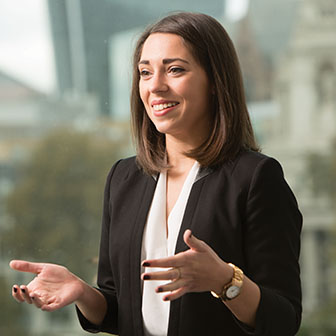 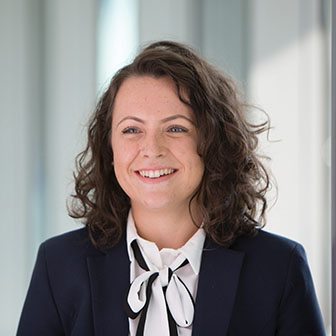