What happens when a party makes a without notice application? How far should it go to meet its obligation of full and frank disclosure? The Commercial Court gave clear guidance on the limits of this duty when it dismissed the latest claim by the State of Libya that challenged General Dynamic's permission to enforce an arbitral award in General Dynamics United Kingdom Ltd v State of Libya.(1) This was one in a series of cases between the company and the North African country.

General Dynamics, a global defence conglomerate, was contracted to provide the state of Libya with communications systems for military vehicles and related services. General Dynamics did not receive full payment. In 2016, an International Chamber of Commerce tribunal awarded General Dynamics £16 million (plus interest and costs).

Libya did not pay. In 2018, General Dynamics issued proceedings in the High Court to enforce the arbitral award in England, pursuant to section 101 of the Arbitration Act 1996. At first instance, the judge granted an order recognising the award and dispensing with formal service of the arbitration claim form. This decision on service was overturned in the Court of Appeal and Supreme Court. For further details, see "The current state of service".

In August 2021, Libya applied to set aside the orders made at first instance on the basis that General Dynamics had failed to comply with its duty of full and frank disclosure when it made the without notice application.

A party's duty to provide full and frank disclosure is of paramount importance. In summary, where an application is made without notice, the applicant must disclose all relevant and material matters to the court, including points of law and defences that the respondent could deploy. The duty also extends to facts including those which should have been known to the applicant had it made proper enquiries.

Failure to provide full and frank disclosure can lead to the order being set aside and cost penalties, thus depriving the applicant of any advantage gained from its breach of duty. However, the court retains a discretion to maintain the order, notwithstanding any breach.

Libya advanced two arguments, both of which were ultimately unsuccessful.

Had General Dynamics failed to comply with its duty of full and frank disclosure by failing to inform the court that there was only one recognised government in Libya?

No; the Court held that there was no force in this argument. It was not relevant to issues before the Court in this hearing as it related to service of the claim form, the relevant parts of the order for which had been set aside. The Court commented that the alleged non-disclosure was a narrow point which obtained no significant advantage for General Dynamics.

Had General Dynamics failed to comply with its duty by not informing the court that Libya had adjudicative and enforcement immunity under the State Immunity Act 1978?

No; while it would have been preferable for General Dynamics to have stated that Libya was, in principle, afforded immunity under the State Immunity Act, it did not thereby obtain a benefit it would not otherwise have obtained. Libya's immunity was self-evidently tempered by section 9, which provides that where a state has submitted to arbitration of a dispute, it cannot claim immunity in any associated court action in the United Kingdom.

Libya had claimed that the failure to disclose its immunity was significant and had implications for enforcement. It had argued that if the orders were granted, General Dynamics would have been able, without a further court hearing, to proceed to execute the award and enforce against Libya's assets, regardless of its immunity defences.

There was, however, no evidence that General Dynamics had conceived a strategy to make the application and then immediately enforce against assets without further reference to a judge. Libya's claim that a writ of control could have been requested by General Dynamics without further recourse to the court was, in any event, incorrect. Any such request would have had to be put before a judge.

Issues over immunity in relation to execution would be raised and addressed only when a specific asset or method of enforcement had been identified. Disclosure of the proposed assets and route of enforcement at an application hearing for recognition of the arbitral award was unnecessary, premature and risked undermining enforcement by "tipping-off" the respondent.

The duty of full and frank disclosure has clear limits and, more broadly, the court will take a practical approach to the recognition of arbitral awards – these are the key takeaway points from this decision of the Commercial Court. It is notable, however, that despite the Court considering that the non-disclosure was neither of great significance, nor afforded General Dynamics any benefit, it would have been preferable for it to have raised the issue of immunity. Libya's status in the proceedings was self-evident and any claim to immunity was easily rebutted. The judge's comments offer a salutary warning of the need to take the court carefully through all the relevant facts and legal issues in any hearing where one party is not present. 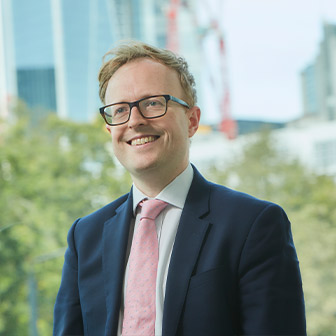