In this chapter of our Annual Insurance Review 2018, we look at the main developments in 2017 and expected issues in 2018 in the reinsurance sector.

2017 has seen some signs that cyber reinsurance could emerge as a new class of risk, with specialist reinsurance cover now available in the market for certain types of cyber-related loss. Specialist teams offering a small but increasing number of products are beginning to grow as reinsurers attempt to position themselves to gain a share in a market that could continue to expand as the scale of cyber risk increases.Products have emerged partly in response to a number of large-scale attacks that have had a global impact in 2017, including the WannaCry and NotPetya ransomware variants.

Business interruption and loss of data are the main two types of insurable loss that insurers need to protect against in the event of wide-scale attacks. Ransomware is increasingly designed to act in a way that rapidly infects global business networks across all industries. Combined business interruption costs that can result from an individual ransomware variant can reach hundreds of millions of pounds. Insurers can be exposed to these costs through silent cyber exposures, where they are liable to an insured business through, for example,a property or professional indemnity policy that does not contain applicable data or cyber exclusions.

As cyber risk increases in scale and global reach, insurers’ books of exposure to cyber (both affirmative and silent) is likely to continue to grow. We expect that the cyber reinsurance market will continue to grow in response as insurers look to mitigate their risk in the likely event of further large-scale cyber attacks.

Catastrophe global (re)insurance losses are anticipated to exceed $100bn in 2017 and could possibly reach as much as $190bn. There has been a busy hurricane season in the Caribbean with hurricanes Maria, Irma and Harvey all representing major loss events. Higher end loss estimates for hurricane Maria are at $85bn alone, with a further $50bn and $25bn in losses expected from Irma and Harvey respectively. Other notable loss events in the year have included high-magnitude earthquakes in Mexico and recent widespread wildfires in California. These losses, combined with catastrophic losses from various other events in the first half of the year, are anticipated to result in overall 2017 losses for some reinsurers.

Despite the impact of hurricane Maria and other catastrophes, global reinsurance rates are most widely predicted not to harden in 2018. An overall fall in rates of up to 7.5% at January 2018 renewals is predicted,due to continued strong competition in the market. Competition from both traditional reinsurers and from the growing threat from insurance-linked securities (ILS) is contributing towards the softening of rates. ILS fund managers are raising capital from existing and new investors, and new ILS start-ups are due to launch in early 2018, which will provide further competition. It is expected that new capital could offset what has been lost or trapped by the 2017 catastrophe losses.

The effect of the 2017 catastrophe losses might instead be to push up premium prices on a more localised basis in reaction to the losses. Premiums are expected to rise up to 50% in some lines of business (including property and casualty reinsurance) in the United States. 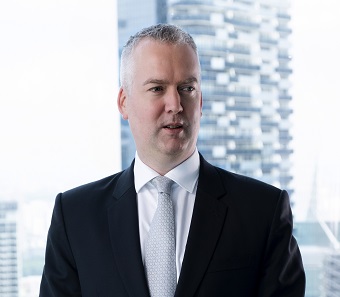