A Royal comparison: who did it best?

24 May 2018. Published by Mafruhdha Miah, Associate

Although both weddings had their fair share of grumpy children, only one had an American bishop who stole the show…

Over 100,000 people flocked to Windsor for Harry and Meghan's big day and it was reported that over 200,000 people passed through the town in the week leading up to the wedding, up 37% from the previous year. In the UK as a whole, the number of American tourists has increased by an estimated 15%, bringing more than £3.6 billion to the UK economy.

Meanwhile, William and Kate helped to bring in an extra 350,000 visitors to the UK during the month of their wedding in April 2011.

When William and Kate married in 2011, interest was so great that the BBC's website couldn't handle the demand and subsequently crashed. Twitter was all the rage at the time, and there were 2.7 million mentions of William and Kate's wedding over a 24-hour period, whilst Harry and Meghan's #RoyalWedding received a whopping 5.2 million tweets in the same period. Kensington Palace's Instagram page has over 15 million likes on the official pictures taken on the day of Harry and Meghan's wedding along with 1.2 million posts from other users. Instagram was just a few months old in 2011 so we can't blame William and Kate for their lack of likes.

Though Harry and Meghan might have all of the millennials 'hashtagging' away, William and Kate still pulled in a larger UK television audience with 24 million people watching the ceremony in 2011, compared to Harry and Meghan's 18 million. However, an estimated 29.2 million Americans stayed up to watch their California girl marry her prince compared to the 23 million viewers who tuned in to see William and Kate tie the knot.

It is estimated that two billion viewers watched William and Kate marry but a staggering 3 billion were expected to watch Harry and Meghan say 'I do', which would make it the most viewed event in history.

Although Harry and Meghan only invited 600 of their closest friends including the cast of our favourite fictional law firm, it seems that no expense was spared.

The estimated cost of Harry and Meghan's wedding was an eye-watering £32 million, whilst William and Kate got a bargain at just £23 million, despite inviting over three times as many guests. It is thought that the majority of the money went on security for Harry and Meghan's big day. However, the Royal couple did manage to use St George's Chapel and St George's Hall free of charge, thanks to Her Majesty, The Queen.

As we reported in our last blog on Meghan's effect on the retail economy, the Duke and Duchess of Sussex have been doing a fantastic job of putting small businesses on the map. In what has been dubbed 'The Markle Economy', it is estimated that the Duchess of Sussex will provide a £150 million boost to the fashion industry.

In a somewhat surprising choice, Meghan's wedding dress was made by Givenchy, the French fashion house. Though Givenchy is hardly in need of a retail boost, Clare Waight Keller is the company's first female artistic director and has had countless articles written about her since the wedding weekend.

Harry and Meghan's cake maker, Claire Ptak's Violet Bakery in Hackney, is also sure to receive an influx of new orders from those hoping to get a slice of their regal cakes.

If the 'Meghan Effect' is anything like the 'Kate Effect', then Stella McCartney, Givenchy and Violet Bakery are in for a strong financial year.

And the winner is…

So as we dry our collective tears and come to accept that we have missed our chance to become a princess (and marry Prince Harry), we conclude that Harry and Meghan have come out ahead in the fight for the best Royal wedding. 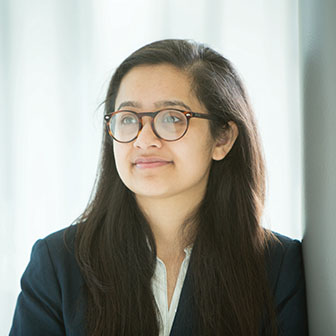