Hot on the heels of another recent decision on forum conveniens, PJSC National Bank Trust v Mints(1) (see our article on this decision), the English High Court has re-affirmed that the risk of irreconcilable decisions from parallel proceedings in other jurisdictions is not a "trump card" in determining the proper forum for a dispute.  In reaching this conclusion, the court declined jurisdiction over what was "in essence a Russian case", despite there being separate ongoing proceedings in the English courts (VTB Commodities Trading DAC v JSC Antipinsky Refinery & ors).(2)

VTB, the claimant, is a commodities trader and began multiple LCIA arbitrations in April 2019 against the defendant, Antipinsky, a now-insolvent operator of a large Russian oil refinery.  VTB claimed for breach of contract based on Antipinsky's failure to deliver certain oil products or to reimburse VTB's pre-payments for the products.  Relying on section 44 of the Arbitration Act 1996, VTB also commenced English court proceedings in April 2019 in support of the arbitrations, securing an interim worldwide freezing order over Antipinsky's assets and an injunction requiring the delivery of a cargo of vacuum gas oil (VGO) by Antipinsky to VTB.  VTB gave cross-undertakings that it would compensate any third party that suffered loss as a result of the orders.

In May 2019, Petraco, a Swiss oil trader, intervened and applied to vary the court orders, seeking damages under VTB's cross-undertakings and claiming that it was entitled to receive the VGO cargo.  At a hearing in May 2019, VTB's injunction was set aside and the worldwide freezing order was varied to remove the prohibition on Antipinsky delivering the VGO to third parties.  The VGO cargo was sold and the proceeds were paid into court.  At VTB's and Petraco's request, directions were also given at that court hearing for an expedited trial before the High Court of the rights and obligations of VTB, Antipinsky and Petraco in respect of the VGO cargo (the Cargo Trial).  That trial is yet to take place.

VTB issued an application in August 2019 to start a CPR Part 20 claim against Sberbank (which provided finance to Antipinsky) and MachinoImport within the Cargo Trial in respect of a "double selling scheme" that VTB alleges was put in place by these parties, so that VGO cargo destined for VTB was also sold to Petraco.  VTB also sought permission to serve out of the jurisdiction.  CPR Part 20 allows a defendant to bring counterclaims against the claimant or additional claims against any person (whether or not they are party to the proceedings).  VTB contended that the proposed claims against Sberbank and MachinoImport almost entirely overlapped with the issues in the Cargo Trial.  In May 2020, the court decided that Sberbank and MachinoImport were proper parties to the "counterclaim" made by VTB and that England was the forum conveniens because it was desirable to have all claims in a single set of proceedings.  Sberbank and MachinoImport sought to set aside that decision and challenged the jurisdiction of the English court.

Decision on the jurisdictional challenge

Before determining the proper forum for VTB's claims against Sberbank and MachinoImport, the court concluded that, as CPR Part 20 is only available to defendants, VTB was not entitled to bring a Part 20 claim because it could not be regarded as a defendant.  Sberbank's and MachinoImport's jurisdictional challenge therefore succeeded on this basis.  The court also doubted whether proceedings in support of arbitration claims could give rise to Part 20 proceedings at all, given the court's more limited, supervisory function over ongoing arbitrations.

Forum conveniens for the claims

The court and the parties accepted that there were significant factors pointing to Russia being the forum conveniens, such as the location of the parties (mostly Russian businesses), the relevant events (relating to a Russian oil refinery), the witnesses (mostly in Russia), the documents (predominantly located in Russia and often in the Russian language), and the existence of complex Russian law issues.  On the other hand, the connections with England were "virtually non-existent".

The court explored whether or not the Cargo Trial acted as a trump card necessitating England as the forum conveniens, given the desirability of hearing all related claims in one forum.  The court accepted that some of VTB's claims would necessarily continue in England regardless of the court's decision (because VTB was required to bring its claims against Antipinsky in London based arbitrations) but recognised that there was only a limited overlap between those claims and the claims against Sberbank and MachinoImport.

The court concluded that the Cargo Trial was not a trump card and the risk of irreconcilable decisions across multiple proceedings could only be a factor to be considered alongside other relevant factors.

Having weighed the various factors in favour of Russia as the forum conveniens, the court found that the factors in favour of Russia were "so heavy" that only Russia could be the forum conveniens; even if it had reached a different decision on the use of the Part 20 procedure, it would have concluded that the burden of establishing that England was "clearly and distinctly" the most appropriate forum had not been discharged.

This is a further helpful decision on the Court's approach to forum conveniens, which has taken on significantly more importance generally post-Brexit.

While decisions on forum conveniens will always be context specific, this decision provides a useful reminder to parties of the balancing act performed by English courts, and the various factors they will consider, when determining jurisdiction.

It also provides a useful insight into the court's approach to the risk of irreconcilable decisions arising from parallel proceedings in different jurisdictions and to the weight to be given to that risk when determining the forum conveniens.  Whilst it is a factor to be considered by the court, parties should remember that it is not a trump card requiring the hearing of all parallel claims in a single forum. 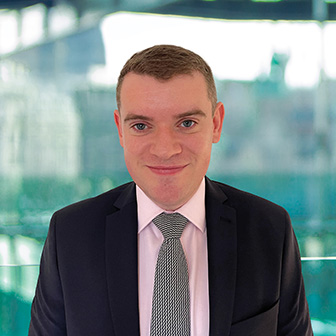