In a recent judgment, the English Commercial Court in Bank of America Europe DAC v CITTA Metropolitana Di Milano  has provided guidance on the "automatic stay" provisions of CPR 15.11 and the circumstances in which parties can revive dormant proceedings subject to such an automatic stay.

This judgment arose in the context of an ongoing dispute regarding two interest rate swaps (the Swaps) which the Metropolitan City of Milan (Milano) had entered into with Merrill Lynch (now Bank of America) (BofA) in 2002. The Swaps were documented under a 1992 ISDA Master Agreement, providing for the application of English law and the jurisdiction of the English Courts.

Importantly for the purposes of this judgment, having been served with the English Proceedings, Milano did not file an acknowledgment of service or defence and, in addition, took no steps to pursue the threatened proceedings against BofA in Italy and continued to make payments to BofA under the terms of the Swaps. In the face of Milano's approach, BofA chose not to seek judgment in respect of its claims for declaratory relief and, instead, adopted a 'wait and see' approach, taking no steps to progress the English Proceedings.

As a consequence of the parties' inaction, the English Proceedings were subject to an automatic stay pursuant to CPR 15.11, which provides for such a stay to take effect six months after the deadline for service of the defence if the claimant has not sought default or summary judgment by that date. The purpose of this automatic stay provision is to avoid 'zombie' claims which have been issued but are then neither progressed nor subject to judicial case management.

A number of years later, in 2021, Milano commenced proceedings against BofA relating to the Swaps before the Italian Court, purporting to rely upon a jurisdiction agreement in favour of the Italian Court contained in an antecedent 2001 agreement entered into between Milano and BofA prior to the documentation of the Swaps in 2002 under the ISDA Master Agreement.

In response, BofA made the present application to the English Court under CPR 15.11(2) seeking to lift the automatic stay in order to progress the English Proceedings. Milano opposed the lifting of the stay but, in the alternative, sought an extension of time to file an acknowledgment of service indicating an intention to contest the jurisdiction of the English Court.

Relief from sanctions is required to lift an automatic stay under CPR 15.11(2)

As an initial point, the English Court had to determine whether an application under CPR 15.11(2) to lift an automatic stay should be characterised as an application for relief from sanctions such that the Denton test had to be satisfied, or whether a less onerous test applied.

BofA submitted that relief from sanctions under CPR 3.9 is only required where there has been "a failure to comply with any rule, practice direction or court order" and, where there was no specific rule requiring a claimant to seek summary or default judgment, relief from sanctions was not required. This submission was supported by a number of first instance decisions in which the English Court had previously considered this issue, albeit not in great detail.2

However, in the present case, the Judge departed from these decisions and concluded that relief from sanctions was required. The Judge determined that a claimant's failure to seek summary or default judgment (or a case management stay) represented a failure to comply with their obligation to assist the court and to further the overriding objective by bringing the case before the court for case management.  Allowing the proceedings to be removed from judicial oversight amounted to a breach of a "rule, practice direction or court order" for the purposes of CPR 3.9 or, alternatively, was sufficiently close to a breach of a rule as to justify the application of the Denton test by analogy. The English Court also clarified that, where a claimant wishes to place a claim which it has started 'on hold', the appropriate course of action is for the claimant to seek the defendant's consent and/or apply to the court for a stay of proceedings, rather than taking no action such that an automatic stay would arise under CPR 15.11.

Application of the Denton principles

Having determined that BofA's application amounted to an application for relief from sanctions, the Court went on to apply the well-known Denton test which involves the following three-stage enquiry:

a) An assessment of the seriousness and significance of the breach.
b) Considering the reason why the default occurred.
c) Consideration of all of the circumstances of the case.

Applying this test, the English Court had little hesitation in granting BofA relief from sanctions and allowing the automatic stay to be lifted under CPR 15.11(2). While the fact that five years had passed since the automatic stay came into force meant that BofA's breach was more than trivial, the English Court had to consider the context of the application in its totality. Here, this context included the following:

In granting BofA relief from sanctions, the English Court also rejected an argument by Milano that BofA's decision to allow the English Proceedings to become subject to an automatic stay amounted to an abusive attempt to “warehouse” the English Proceedings. While the English Court agreed that commencing and maintaining litigation can constitute an abuse of process both when the claimant has no intention of ever bringing the claim to a conclusion, or where the claimant has no present intention to do so, but would do if a particular contingency materialised (referencing the recent judgment in Asturion Foundation v Alibrahim [2020] 1 WLR 1627), that was not the situation in the present case. While BofA had made a "procedural misjudgement" by allowing the proceedings to become automatically stayed under CPR 15.11, its decision reflected legitimate concerns regarding potential Italian proceedings. The English Court also noted that a desire to avoid incurring unnecessary legal costs associated with litigation can be a good reason for a party not to pursue a claim.

Having allowed the automatic stay to be lifted under CPR 15.11(2), the English Court then had to consider Milano's own application for an extension of time to file an acknowledgement of service. This again amounted to an application for relief from sanctions.

This judgment provides useful guidance on the application of CPR 15.11 and the circumstances in which relief from sanction will be granted allowing a party to revive dormant proceedings subject to an automatic stay.

While the finding that an application under CPR 15.11(2) requires relief from sanction does represent a departure from other first instance decisions, where this judgment represents the first occasion on which CPR 15.11 has been subject to detailed judicial scrutiny, it is suggested that this judgment will likely be followed in future unless and until there is Court of Appeal authority on this issue.

The judgment also provides a helpful reminder that, when a claimant is faced with a similar scenario where a defendant has not acknowledged service but it is nonetheless in the claimant's interests not to progress the claim, the correct approach is for the claimant to seek the defendant’s consent to a stay or to apply to the English Court for a case management stay, rather allowing the automatic stay under CPR 15.11 to take effect. 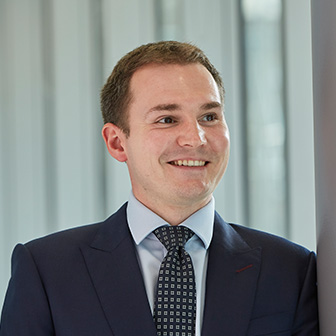