Marex Strikes Again: Giles v Rhind exception to rule against reflective loss is "dead for all intents and purposes"

Despite it being almost two years since the Supreme Court judgment in Marex Financial Ltd v Sevilleja [2020] UKSC 31 considered the principle of reflective loss, the courts continue to grapple with its impacts and effects in relation to existing cases, many of which were stayed pending the appeal.

Breeze & Wilson v Chief Constable of Norfolk [2022] EWHC 942 (QB) was such a case. In the judgment, Master Stevens strongly rejected the argument that the Giles v Rhind1 exception to the rule against reflective loss continued to exist in the post-Marex world. The exception previously enabled a shareholder to distinguish between certain specific claims being made in a personal capacity as opposed to being made on behalf of the company. Master Stevens' judgment suggests that litigators will continue to look to Marex for guidance for many years to come when bringing claims on behalf of shareholders.

The claim arose from a discontinued prosecution of the two Claimants on a charge of conspiracy to defraud in relation to the running of several mental health businesses through companies of which the Claimants were majority shareholders and directors. The Claimants were ultimately acquitted but by that time the companies had become insolvent. The Claimants argued that the insolvency was directly due to the police investigation and prosecution. As a result of this, the Claimants sought damages for business losses in excess of £15 million each. The claim was stayed pending the outcome of Marex, as the judgment in that case would have been highly relevant to the claim, as the most substantial part of the damages claimed related to the diminished value of the Claimants' former shareholdings.

The rule against reflective loss was originally conceived in Foss v Harbottle [1843] 2 Hare 461 as a limited bar to prevent individuals seeking relief for injury to a company when the company itself had the cause of action. In those circumstances, the company was considered to be the proper claimant, rather than the individuals.

Following the decision in Prudential, the rule against reflective loss expanded following decisions in cases such as Johnson v Gore Wood [2000] UKHL 65 and Gardner v Parker [2004] EWCA Civ 781, leading to a greater range of actions being barred, including actions by company creditors.

Matters were reconsidered by the Supreme Court in Marex, which was ultimately considered by seven justices of the Supreme Court with judgment being given in July 2020. The decision reaffirmed the "bright line legal rule" established in the Prudential case, meaning that the rule against reflective loss only applied to claims brought by shareholders in relation to loss suffered in their capacity as shareholders (such as diminution in value or distributions), and not to claims brought in other capacities, such as a creditor of a company.

However, more importantly for the present decision, Marex considered the applicability of the Giles v Rhind exception to the rule in Prudential, i.e. that there were certain special circumstances where a shareholder could recover for loss, flowing from the company's loss, where the company was unable (rather than unwilling) to pursue its cause of action. In that case, the company's inability to pursue its cause of action against the individual was caused by the wrongdoing of that same individual so, by way of exception to the rule against reflective loss, Giles was able to pursue an action against the wrongdoer in his personal capacity. The Claimants in the present case made arguments in support of their pleading based on the view that the Giles v Rhind exception was still good law following the decision in Marex. The Defendant robustly opposed this view. In his decision Master Stevens considered whether this claim was sustainable in light of the Supreme Court decision in Marex.

Having considered Marex and subsequent cases brought to his attention, Master Stevens determined that the Giles v Rhind exception is "dead for all intents and purposes" following the judgment in Marex and on that basis found that the strike out application on those pleading points should be granted. In his judgment, he commented on the delay of the Claimants in making the amendments to their Particulars of Claim some 6.5 years after the issue of the Claim Form to be "wholly inappropriate" and the delay in producing a pleading until 14 months after the Supreme Court judgment to be "at odds with modern CPR compliant litigation where these is an onus on efficient case progression". Delay is not a ground for striking out alone but it can be a material factor in reaching a determination.

Although some commentators have treated Marex to be a conclusive clarification of the rule against reflective loss, parties continue to grapple with its wider impacts and ramifications. Indeed, the significant dissenting judgment of Lord Sales, who was joined by Lady Hale and Lord Kitchin, is likely to continue to be utilised by practitioners for some time yet. At its heart Marex was a case that determined whether creditors were barred from bringing claims due to the rule against reflective loss. The majority judgment in Marex corrected this point of law, confirming that creditors were not barred from bringing bringing such claims by virtue of the reflective loss rule. However, ambiguity does remain with regards to other aspects of the rule and there is scope for continuing debate in this area. The fact that the test to strike out a pleading allows the court to make an allowance for developing jurisprudence may leave the door open to further disputes of this kind. 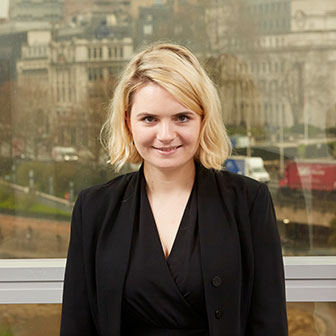