In the latest chapter of the attritional legal battle between Deutsche Bank AG (DBAG) and Sebastian Holdings and its principal Mr Alexander Vik (Mr Vik), DBAG has ground out yet another victory against Mr Vik.

This time, the stakes are much higher than substantial sums of money – Mr Vik now faces a potential custodial sentence after having been found by the Commercial Court to have been in contempt of court for deliberately giving false evidence.

After more than a decade (and at least 18 recorded judgments), the end to these hard fought proceedings is not yet in sight with issues of sentencing and other matters scheduled to be heard by the Commercial Court later this year.

After Sebastian Holdings failed to pay the judgment debt, DBAG made a successful application for an order pursuant to CPR 71 requiring Mr Vik to produce certain documents and attend an examination on Sebastian Holdings’s means and assets (the Order).  Mr Vik's subsequent application to vary and/or strike out the Order was ultimately unsuccessful, and he thereafter disclosed certain hard copy documents and attended the examination pursuant to the Order (the Examination).

Around six years later, DBAG made an application to commit Mr Vik for contempt in respect of alleged breaches of the Order (the Committal Application). DBAG claimed that Mr Vik had breached the Order by (i) deliberately giving false evidence in response to certain questions at the Examination and (ii) failing to produce all the documents required by the Order.

Following a three-week hearing in May, Mrs Justice Moulder held in favour of DBAG, finding that Mr Vik had deliberately given false evidence in response to certain questions at the Examination and failed to produce all the documents required by the Order.  The judge held that Mr Vik was not a credible witness, and that certain of Mr Vik's answers at the Examination were "clearly a lie" and "clearly absurd".  The judge worked through in detail the specifics of three transactions on which Mr Vik had given evidence during the Examination, finding that in each case Mr Vik's evidence had included deliberate falsehoods.  She also held that Mr Vik had deliberately withheld documentation which he was obliged to disclose.   Being concerned with the truth of the evidence Mr Vik had provided on the transactions under inquiry, these findings turn very much on the facts of the case.  More details for those interested can be found in the reported judgment at Sebastian Holdings, Inc & Anor [2022] EWHC 1599 (Comm). 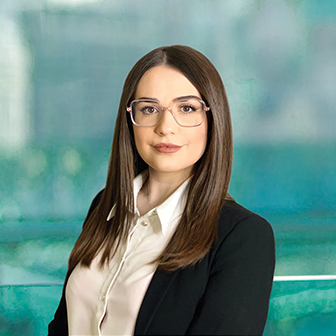