Stating the not-so-obvious: the importance of highlighting onerous standard contract terms and the perils of e-signing (Blu-Sky Solutions Limited v Be Caring Limited)

The importance of the duty to "fairly and reasonably" draw any particularly onerous clauses in standard conditions to the attention of customers has been highlighted by the High Court in Blu-Sky Solutions Limited v Be Caring Limited, where a party did not review standard terms when e-signing a contract.

The claimant, a supplier of mobile phones and telecommunication services, brought an action against the defendant, a social care provider, in which it claimed £180,000 plus VAT.

The defendant made several key arguments. It argued that

The judge dismissed as irrelevant as a matter of law the defendant's argument that its signatory believed she was signing the equivalent of a heads of terms, where there was no evidence that this belief was communicated to the claimant.

The judge also held that the STCs had been incorporated into the contract because the defendant could have accessed these via the claimant's website when e-signing. Had it done so and had it had "a reasonably quick look", then it would have had "no reason to think" that the STCs were not applicable.

However, the judge decided that clauses 4.6 and 4.8 of the STCs were penal. In reaching this decision, the judge referred to views expressed by Mr Fancourt QC in Vivienne Westwood Ltd v Conduit Street Development Ltd, that the individual obligations within a clause can and should be considered separately and, if appropriate, severed.

The judge noted that clause 4.6, for example, could be divided into four separate sub-clauses (cancellation, disconnection, downwards migration and upgrading) and that it therefore made sense to ask whether the clause was penal "in its application to the specified situation…namely cancellation" as opposed to considering whether or not the clause was penal as a whole. The judge concluded that the £225 cancellation charge per connection posed "a detriment out of all proportion" with the claimant's legitimate interests. Further, the judge explained that while this was a contract between two commercial entities, the offending terms were concealed within detailed terms and conditions, making it very hard to see "the important from the unimportant". The judge found that the case came very close to a misrepresentation.

Given that clauses 4.6 and 4.8 were both found to be penal, the judge held that they had not been incorporated into the contract since they were "unduly onerous" and had not been "fairly and reasonably drawn to the defendant's attention". Further, even if they had been incorporated into the contract, they were void. In addition, the judge decided that it was "not possible" for the claimant to have made a confident representation that the defendant would not have to pay any additional charges (he also held that such representation was made negligently) and so any claim for damages would have failed.

This decision reinforces the importance of drawing a customer's attention to any onerous terms in the standard terms, even where the contractual relationship is between commercial entities and there has been ample opportunity for the customer to access and consider the STCs. If a particularly onerous clause is not highlighted, this could even amount to misrepresentation.

It also serves as a warning to customers when e-signing contracts. Incorrect belief as to the nature of a document is not likely to be considered a relevant reason for not taking appropriate steps (for example, reading accompanying documentation). In the world of hybrid working it can be all too easy to simply "click to sign" without taking the time to navigate through the various platforms and links available (in this case clicking through to the STCs on the claimant's website). 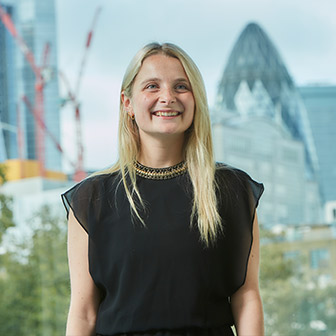