All that glitters is not "Gold"

How does the court calculate what a reasonable license fee is, and what conduct will be sufficient for the court to award additional damages under section 92(2) of the Copyright, Designs and Patents Act 1998?

The Claimant, Reformation Publishing Company Ltd, owns the copyright in the two well-known Spandau Ballet songs, "Gold" and "True" (the Songs). The First and Second Defendants, Cruiseco Ltd and Discovery Travel Centre Pty Ltd, are part of the same group of companies and operate cruise holidays (the Defendants).

In June 2017, the Defendants posted on their websites and a file sharing platform (a link to which was shared with 257 travel agents) a short publicity clip to promote their "Back to the 80's" themed cruise which featured extracts of the Songs without a licence from the Claimant (the Publicity Clip).

The Defendants accepted that their Publicity Clip infringed the Claimant's copyright in the Songs and, as such, they promptly removed it from their websites and told the travel agents not to use it. However, they failed to remove the Publicity Clip from the file sharing platform.

The Defendant's infringement was assumed to be over a period of 5 days in June 2017, i.e. from when the Publicity Clip was posted on the Defendants' websites and the file sharing platform link sent to the travel agents, to when instructions were given by the Defendants to take it down once they were aware of their infringement. However, the Claimant's lawyers discovered that the Publicity Clip was still available via the file sharing platform, which remained live until two days before trial.

Therefore, in respect of how long the infringement lasted for and how long a "reasonable licence fee" should be calculated for, the Claimant argued that the Defendants had committed copyright infringement for over a year, as they had made the Publicity Clip "available to the public" via the file sharing platform within the meaning of section 20(2)(b) of the Copyright, Designs and Patents Act 1988.

The court therefore held that the Defendants had not continued to make the Publicity Clip available to the public and, as such, the infringement lasted for 5 days only.

The court took the view (following previous decisions) that a reasonable licence fee should be calculated by reference to the period of copyright infringement rather than the duration of a licence term that would have been negotiated should the Defendants have sought a licence from the Claimant for the Songs.

The court lacked comparator licenses as evidence, but established that there was substantial value in the Songs even for a short 5 day period owing to their iconic status. It therefore awarded the Claimant £38,750 in ordinary damages.

Additional damages under section 97(2) of the Copyright, Designs and Patents Act 1998

By section 97(2) of the Copyright, Designs and Patents Act 1998, the courts had the ability to award the Claimant additional damages owing to the apparent "flagrancy" of the Defendants' conduct, being its careless, reckless and/or deliberate actions leading to infringement.

The Publicity Clip was in fact produced for the Defendants by Artists Network Australia (ANA). Given ANA's experience in the music industry the court found that it should likely have known of the consequences of using the Songs without licence and had "decided to chance it", amounting to (at the least) a reckless attitude. This reckless attitude was assigned to the Defendants as principal and therefore an award of £25,000 in additional damages was given to the Claimant.

Practitioners are often asked about what a "hypothetical licence" would look like in relation to copyright infringement damages. This decision serves as a useful reminder of how they will be assessed and of the principles that will be applied. It also sheds light on the "flagrant" behaviors, and indeed identities and relative positions of the parties, which the court will consider when looking to award additional damages. 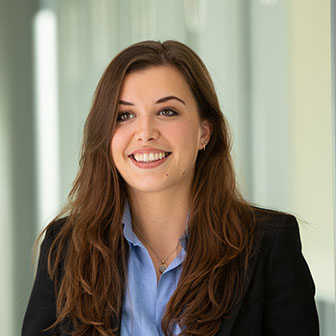