Mr Justice Foskett has recently delivered judgments on the costs consequences of Part 36 in two claims.

In JMX (a child by his mother & litigation friend, FMX) v Norfolk & Norwich Hospitals NHS Foundation Trust [2018] EWHC, he considered whether an offer to accept 90% of the sum claimed constituted a "genuine attempt to settle" the dispute for Part 36 purposes.  In Gemma Ballard v Sussex Partnership NHS Foundation Trust (2018) EWCH 320, he was asked to assess the costs consequences of a withdrawn Part 36 offer.

The Claimant made a Part 36 of 90% of his claim shortly before trial.  The offer was not accepted.  At trial, the Court found in favour of the Claimant and was asked to consider whether the costs consequences of the Claimant's Part 36 should bite.

The Defendant maintained that the offer was not a genuine attempt to settle the claim because it did not reflect a realistic assessment of the risks of litigation – a factor considered by the Court, under CPR 37.17(5), when deciding whether it would be unjust to enforce the consequences of a Part 36.  The Defendant argued also that the letter of offer did not explain why only a 10% discount was being offered.  Mr Justice Foskett did not accept the Defendant's arguments.

Mr Justice Foskett considered an offer to accept 90% was reflective of circumstances where the Claimant's legal representative's assessed the Claimant's case to be very strong but were prepared to offer a small discount to "[…] secure absolute certainty of obtaining substantial compensation" (paragraph 15).  The Judge acknowledged that this was a high-value dispute such that the offer of a 10% discount was an opportunity for the Defendant to achieve more than a "token" saving on the claim.  Moreover, the costs of five-day trial were significant and settlement even a day before the trial started would have represented a further substantial savings for the Defendant.  The Court found that the Claimant's offer was a genuine attempt to settle the claim and applied the normal Part 36 costs consequences.  However, the costs outcome for a lower value claim, with less significant costs, might have been different.

Over the course of this personal injury claim, various settlement offers had been made.  The Defendant issued three significant letters of offer:

These cases serve as an important reminder of the importance of the timing, wording and level of any Part 36 offers made or received and the costs consequences of these offers.

Back to the Construction newsletter, April 2018 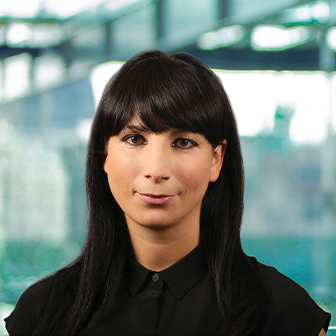