When the Coronavirus Act 2020 (the "Act") received royal assent on 25 March 2020, commercial tenants across the country were afforded some relief.

The legislation suspended all forfeiture proceedings by reason of failure to pay rent until (at least) 30 June 2020. This moratorium on forfeiture was a lifeline for the many retailers that have seen a catastrophic drop in sales during the lock-down. Indeed, data shows that only 48 per cent of rents were collected on the last quarter day (25 March) (Remit Consulting).

While the Act prevents the use of forfeiture proceedings to evict business tenants, it does nothing to stop landlords pursuing other debt recovery methods such as the commercial rent arrears recovery process (CRAR) or the issuance of statutory demands and winding up petitions. As a result, we have seen a spike in the number of landlords adopting these methods over the past few weeks with reports that retailers including Boots, Matalan and Poundstretcher, are all facing legal action from their landlords for unpaid rent (The Telegraph/Retail Gazette).

A statutory demand is a formal demand for payment of an undisputed debt that can be issued by any creditor, including landlords. Upon receipt of the demand, a tenant has 21 days to either pay the sum owed or reach an agreement to pay. If they do not, the landlord can serve a petition to wind up the company, freezing its bank accounts and, eventually, making the company insolvent. Under CRAR, a landlord of commercial premises can serve a 7-day enforcement notice on its tenant for unpaid rent, after which time enforcement agents can enter the tenant's property to seize goods for the landlord.

After a period of significant lobbying by this firm, the British Retail Consortium, UK Hospitality and other significant stakeholders, on 23 April 2020 the Government announced a new tranche of measures to be brought in to "protect [the] UK high street from aggressive rent collection and closure". In the announcement, the Government stated that "the majority of landlords and tenants are working well together to reach agreements on debt obligations, but some landlords have been putting tenants under undue pressure by using aggressive debt recovery tactics".

The new measures, which will be included in the Corporate Insolvency and Governance Bill, will ban the use of statutory demands made between 1 March and 30 June 2020 and winding up petitions presented to court between 27 April and 30 June 2020 where the tenant "cannot pay its bills due to coronavirus". The announcement states that winding up petitions will be reviewed by the court to determine why the company cannot pay and the law will not permit petitions to be presented or winding-up orders made where the inability to pay is the result of COVID-19.

Furthermore, landlords will not be able to use CRAR as a means for recovering rent unless 90 days of unpaid rent is outstanding (as opposed to the current 7 days).

Further detail is needed in order to establish exactly how these measures will be implemented in practice and to resolve ambiguities in the announcement such as:

Whatever the detail, struggling tenants will be relieved to gain additional protection against landlords that had been relying on these forms of debt collection to continue to demand rent.

Landlords, predictably, have not reacted well and many expect another significant fall in rent collections on the next quarter day (24 June). Further breaches of landlords' covenants with their lenders may well be the result.

In the coming days and weeks, we are likely to see increasing pressure from lobbyists, particularly those representing landlords, for the Government to step in to account for the loss of rental income. The chiefs of the British Retail Consortium, British Property Federation and Revo, as voices of both commercial tenants and landlords, have proposed that the Government steps in to cover the fixed property costs (including rent) of businesses that have experienced a dramatic reduction in turnover by introducing a "furloughed space grant scheme" akin to that being offered for employees (FT).

For the time being, we wait to see the finer detail of these measures and how they are interpreted by the English courts. While the courts have long-recognised the right of creditors to enforce debts through winding up petitions, it is equally important - and critical to the survival of the High Street – that commercially-viable tenants who are unable to pay their rents due to current circumstances are protected. 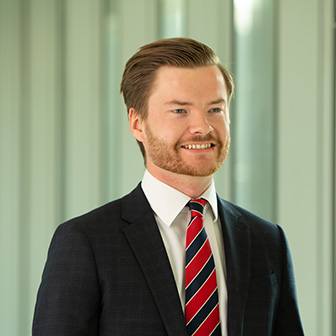