Retailers would be forgiven for thinking that 2020's Veganuary coincided with a new law protecting all those who participate. Much of the press coverage of a recent employment tribunal case appeared to suggest just that.

The true picture is a little more nuanced. Munch on that kale while we fill you in...

Retailers, and other responsible employers, will know that discrimination based on one (or more) of the nine "protected characteristics" under the Equality Act is unlawful. Religion or belief is one of these "protected characteristics". Belief here includes philosophical beliefs and, also, the absence of belief. But there is no set list of which beliefs are protected. Not very helpful. As such, case law is key in understanding what is covered.

In a recent case, Jordi Casamitjana claimed that he was dismissed by his former employer, the League Against Cruel Sports (LACS) (an animal welfare charity), because of his ethical veganism. LACS says he was in fact dismissed for gross misconduct. Only time will tell who is correct.

But before we get there, as a first step in the proceedings, the Judge was required to decide whether "ethical veganism", which includes excluding all forms of animal exploitation from one's lifestyle, amounts to a philosophical belief in the first place. In this case, the Judge held that it did. In doing so he commented that ethical veganism is "important" and "worthy" of respect in a democratic society. The tribunal will now go on to hear the rest of the case and decide the reason for Mr Casamitjana's dismissal. If the real reason was his ethical veganism, this will be discriminatory.

This case provides a helpful insight for retailers as to the breadth and types of philosophical belief which can be protected under discrimination legislation. It is important to bear in mind the scope of this protection, particularly when making workforce decisions. If you are a supermarket and one of your employees on the butchery counter becomes an ethical vegan, how would you handle their request to change departments and new refusal to handle meat?

As a counterpoint, is important also to note that this judgment does nothing more than decide that this particular employee's belief reached the standard required for legal protection. Mr Casamitjana's beliefs went further than veganism to "ethical" veganism. As such, veganism alone might not constitute a philosophical belief. Interestingly, in September last year an employment tribunal held that the belief of vegetarianism did not qualify for protection under the Equality Act as it failed to meet certain legal hurdles for protection. In any event, both cases are not binding on other tribunals and a different tribunal could approach the issues differently. Again, not very helpful.

On a similarly topical theme, back in 2009, the Employment Appeal Tribunal upheld a tribunal's decision that an individual's belief in man-made climate change and the existence of a moral duty to live in a way that mitigates or avoids it was capable of being a protected "philosophical belief". It may well be the case that the protection under the Equality Act extends to other areas of life which tribunals are yet to consider.

For the time being though, a love of quinoa, though laudable (the effort needed to remove it from one's teeth alone is surely "worthy of respect in a democratic society") is not in and of itself legally protected. 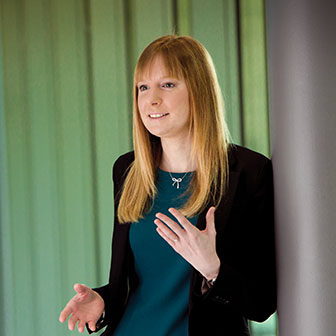