Competition and Markets Authority proactively cracking down on cartel-related activity

25 cartel members used the Competition and Markets Authority’s (CMA) leniency scheme to blow the whistle on illegal price fixing activity in the last year*, up from 20 in the previous year, says RPC, the City-headquartered professional services firm.

RPC says that the increase in the number of leniency applications comes as the CMA continues its campaign against cartel-related activity - in February, it launched a high-profile new campaign to encourage more people to come forward with cartel-related information. It also follows the CMA's publication late last year confirming that businesses in the regulated sectors should seek to make a leniency application to the CMA rather than their regulator.

RPC says that as part of their application for leniency, cartel members must acknowledge that they have participated in a cartel and are required to cooperate fully throughout the CMA’s investigation.

CMA’s leniency programme, based on “Game Theory”, creates a powerful incentive for cartel members to “betray” the cartel in exchange for reduced penalties. The first member of a cartel to apply for leniency can become eligible for corporate immunity from financial penalties (or reductions up to 100% if an investigation has already begun), immunity from criminal prosecution against individuals, and protection against director disqualification.

Subsequent members of the cartel who apply for leniency can still receive significant reductions of up to 50% on any financial penalty, and also immunity for their individuals and officers from criminal prosecution and director disqualification.

Thus, the timing of any leniency application is crucial as it can be a race to apply for leniency.

Lambros Kilaniotis, Partner and head of RPC’s competition practice, says: “Cartels are famous for being difficult to detect, but leniency applications are driving more cartel members to come forward.”

“It’s clear that this is a policy that is continuing to work very well for the CMA. Once cartel members work out what kinds of fines can be levied against them and what kind of leniency they can get from the CMA, the pressure to blow the whistle becomes enormous. However, it is important to consider all the potential ramifications before seeking leniency.”

“As the clampdown on anti-competitive behaviour continues, it’s likely that we’ll see more members blowing the whistle on cartels they are involved in.”

RPC adds that businesses that are found to be involved in an illegal cartel could face a number of sanctions, including: 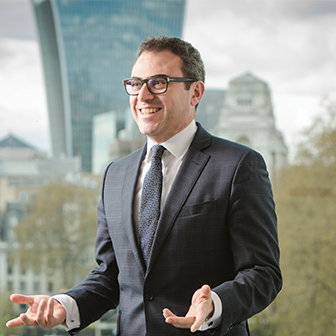