There has been a 71% jump in regulatory 'alerts' over medical devices in the past year, says City-headquartered professional services firm, RPC.

RPC says that the regulator of medical devices, the Medicines and Healthcare products Regulatory Agency (MHRA), issued 29 ‘alerts’ in the past year*, compared with just 17 in the previous year. The MHRA publishes 'alerts' to communicate safety information regarding medical devices.

The firm adds that the biggest rise was in the two most critical categories of medical devices, such as those implanted directly into the body. These categories would include devices like pacemakers, replacement joints and heart valves. These categories of devices** saw 20 alerts in 2016/17, compared with just eight in 2015/16.

RPC says that one of the key drivers of this rise is an increase in ‘self-reporting’ by medical device manufacturers. The firm says that the MHRA emphasises that manufacturers are responsible for monitoring products and reporting incidents. If necessary, the MHRA also has a substantial range of enforcement powers.

The MHRA’s powers include prohibition notices immediately banning the sale of non-compliant devices, unlimited fines for manufacturers that do not comply with regulations, and in the most extreme cases, imprisonment of up to six months.

However, in most cases the MHRA seeks to provide manufacturers with guidance on how they can comply with regulations at an early stage.

Recent medical device alerts issued by the MHRA have included:

RPC says that with significant costs associated with recalling products, medical device manufacturers pay close attention to both the performance of their products and regulations.

But those regulations are set to change. The current regulations concerning medical devices were drawn up in the 1990s, long before the most recent advances in the sector. In recognition of this problem, the European Union has passed new regulations that will apply from 2020 ***. While Brexit will have occurred by that point, it is not expected that the UK government will have legislated to enact alternative national legislation.

Peter Rudd-Clarke, Senior Associate at RPC, comments: “In the current climate, manufacturers are now more rigorous than ever over product compliance.”

“This goes much further than simply following the existing regulations. The current regulations are already almost 25 years old, and have not kept up with innovation in a fast-moving industry. Manufacturers in the sector now routinely go far beyond what is on the statute book.”

“Medical device manufacturers must also be ready for the next wave of EU regulations for medical devices. Brexit is expected to have minimal impact in the medium term.” 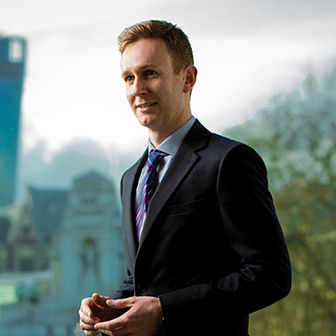