Eight deals involving online retail businesses closed in 2016, compared to only three in 2012

The increase in M&A deals involving e-retail companies has started to gain momentum, and is currently at a five-year high* says RPC, the City law firm. Eight deals involving etailers closed in 2016, compared to only three in 2012.

The continued shift in sales to the internet has driven the rise in the number of e-retail M&A deals, as traditional retailers look to keep up with their competitors by sharpening their online offerings to increase sales online, and existing etailers look to expand their portfolios and increase market share.

By acquiring already established etailers - taking a ‘buy and build approach’ - retailers are aiming to cut down on costs and time in order to establish or grow their businesses online.

The biggest etail deals of 2016 include:

RPC says in the last five years 35% of all etailers sold have been bought by traditional retail companies, 32% by other online retailers and 25% by private equity funds.

Examples of etailers acquiring other etailers include:

Karen Hendy, Partner, Retail Group, at RPC says: “The online retail sector is growing at a very fast pace, and we expect M&A activity will continue to rise.”

“Retailers have, in recent years, needed to enhance their omnichannel sales offerings and many have taken a buy and build approach, rather than starting from scratch, to reduce the lead time to get a competitive offering to market.”

“These established etailers, which are not typically rebranded after sale, are an attractive prospect due to their branding, established customer interface, customer base or simply the team behind them.”

“By buying in brands and expertise in etail, businesses are ensuring that they are staying relevant and keeping up with what is the biggest growth area for the sector.”

E-retail M&A deals on the rise 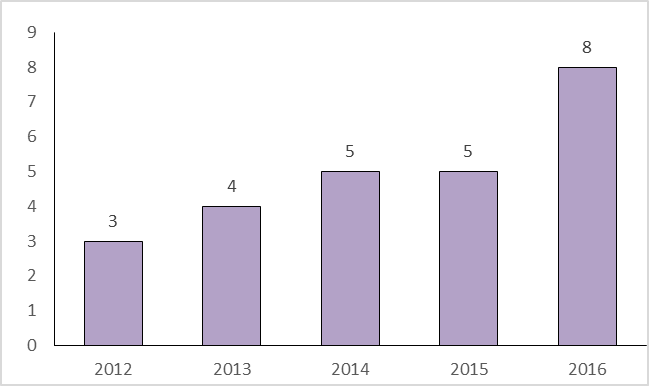