RPC says that this represents an 81% fall from the 37 dawn raids that took place in 2009 at the height of the financial crisis. Raids are now at their lowest point since 2007 (see graph below).

Dawn raids are searches of business and individual's premises by the FCA under warrant and in the presence of a police officer. These are often carried out in the early hours of the morning and are designed to capture as much potential evidence as possible. Arrests can also be made.

Although raids by the FCA are in a lull, RPC Partner Richard Burger says that this should not be misinterpreted as a sign that the FCA is going soft on financial crime.

Richard says: “Some commentators are reading too much into the 97% drop in FCA fines last year, but the FCA has not gone soft on proactive enforcement action.”

“Undertaking raids sends a clear deterrent message to the City of London and to the boiler room operators. If the FCA can make a good case for a raid then the FCA will do it.”

Richard adds: “The FCA knows that if it is seen as not being proactive enough in the area of financial crime then it will come under tremendous pressure from politicians.”

He says that whilst there has been a winding down of major investigations, for example into Libor or Forex rigging, there are still a wide number of criminal investigations into areas such as insider dealing.

He also explains that the FCA can be expected to respond quickly to any unregulated person defrauding small UK investors by selling investments which are virtually worthless.

Lowest number of FCA/FSA raids since before the financial crisis 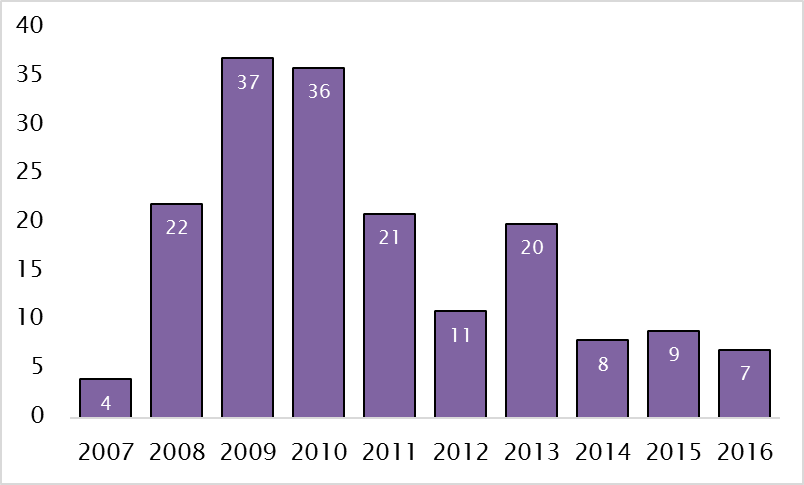