This month saw the award of a further virtual insurer licence in Hong Kong – this time for OneDegree (on 15 April 2020). The start-up will focus, initially, on the burgeoning Hong Kong pet insurance market, before a proposed expansion into health and cyber risk.

One Degree is the third virtual insurer to be authorised by the Insurance Authority under the regulator's Fast Track scheme since its foundation in 2017.  This follows Bowtie Life Insurance, which was granted its life insurer licence in December 2018, and Avo Insurance, authorised as a virtual general insurer in October 2019.  The Fast Track scheme was introduced to expedite the authorisation process for insurers wishing to use only digital distribution channels.

Momentum is gathering in the InsurTech space in Hong Kong.  Carriers are looking to back InsurTech start-ups to diversify their offering and private equity firms are showing considerable interest in this sector, recognising the high growth potential. We have seen Hillhouse Capital purchase Aviva's stake in Blue (a Tencent backed life-insurer) and undertake various rounds of financing to support other digital ventures, including Lima Insurance Cloud, a Chinese InsurTech start-up. Global funding commitments to InsurTech reached US$6.37 billion in 2019.  As more InsurTech start-ups are reaching operational maturity, we can expect to see new waves of investment through acquisition, joint venture or partnership in the short term.

As they grow in size and number, virtual insurers are set to change the shape of the insurance industry.  Online insurance has huge market penetration potential – the vast majority of consumers are armed with a smartphone and seek simpler, smoother and immediate purchase-to-claim experiences.  InsurTech also brings more competitive pricing powered by AI and big data. The focus on niche and on-demand policies will round out the insurance ecosystem by complementing the offerings of more traditional carriers.  There are plenty of exciting developments to come. 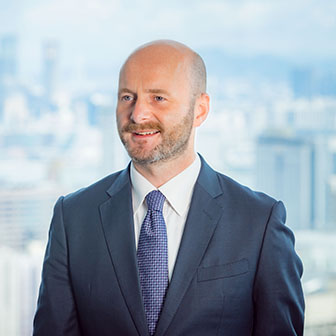