No best endeavours order where documents are out of party's control

The High Court considered in Various Airfinance Leasing Companies & Anor v Saudi Arabian Airlines Corporation(1) whether a party could be obliged to seek disclosure from the personal mobile devices of its ex-employees (i) on the basis that documents on the phones were within the party's control; and (ii) alternatively, by using its best endeavours to seek disclosure. The application was dismissed as the court found that the documents were not within the "control" of the party as a matter of Saudi law and that there was no power to compel best endeavours to seek disclosure of documents outside a party's control.

The Claimants and the third party to the action (who were various aircraft leasing companies) applied for an order for disclosure by the Defendant (Saudi Arabian Airlines Corporation) in a dispute relating to lease agreements over 50 Airbus aircraft (the Lease Agreements). The dispute concerned questions of interpretation of the Lease Agreements and estoppels based on alleged statements or assumptions which were communicated between the parties.

The Claimants and third party claimed that these two officials were critical figures in the negotiation, execution and performance of the Lease Agreements. In addition, they relied on the fact that the disclosure review document listed these two individuals as custodians in respect of various documents and identified mobile telephones as data sources.

The relevant principles on "control"

The judge held that the requirement that a document has to be in the party's "control" is a critical component in delimiting the documents to which the party's obligations of disclosure apply. If that were not the case, a party's disclosure obligations would be uncontrollably wide and would create unnecessary and potentially expensive issues for determination as part of an already costly disclosure process.

A party may be deemed to have control over documents in the physical possession of a third party where: (i) the party has a legally enforceable right to obtain access; and (ii) there is a standing or continuing practical arrangement between the party and the third party whereby the third party allows the party access to the documents (even if the party has no legally enforceable right of access). However, in order to establish this sort of practical arrangement, it is generally insufficient to demonstrate that there is a close relationship such as parent and subsidiary or employer and employee; the evidence must be “specific and compelling”.

No control over the documents under Saudi law

The question of control fell to be determined by Saudi law as it governed the employment relationships in question. On the basis of the expert evidence on Saudi law, the judge concluded that there was nothing under Saudi law or in the individuals’ employment contracts which conferred on the defendant the right to take possession of, or to access or inspect, the documents on their phones.

Given that the mobile phones were not within the Defendants' control, the Judge held that the Court had no jurisdiction to require the Defendant to exercise best endeavours to obtain or request its ex-employees to produce those documents for disclosure.

In doing so, the Judge stated:

The Judge observed that even if he was wrong on this point he would nevertheless decline to exercise his discretion to compel the Defendant to use best endeavours in this case as the associated cost and practical problems would not justify the disclosure of the material, especially where much of this material could be obtained from other sources.

This case confirms that the ultimate test for disclosure remains that of control. The question as to whether or not the documents were within the party's control, in this case, turned on Saudi law. However, the answer is likely to be different under English law, as a principal is entitled to have access to documents held by its agent relating to the principal’s affairs, even after the termination of the agency relationship (Fairstar Heavy Transport NV v Adkins & Anor [2013] EWCA Civ 886).  In any event, this case presents helpful clarification that there is no power to order a party to seek disclosure of documents that are not within its control, absent a third-party disclosure order. 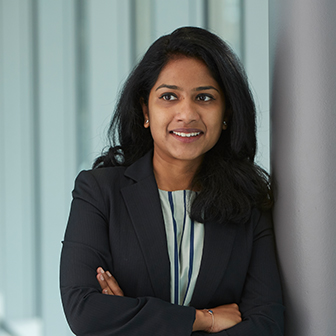