A recent decision[1] of the Supreme Court has clarified the scope of the standard form Commercial Court freezing order, holding that the right to draw down monies under a loan agreement can be an "asset" where the extended form freezing order is granted.

The judgment provides useful guidance on the fact that without this additional wording, "asset" would not extend to the right to draw down monies.  This is the first time that the Supreme Court has given guidance on post-2002 standard form Commercial Court freezing order and its interpretation turned on the strict construction of the wording of the freezing order.

The application arose as part of the long-running litigation between JSC BTA Bank (BTA) and its former chairman and majority shareholder, Mr Mukhtar Ablyazov (Mr Ablyazov).

BTA was one of Kazakhstan's four systemically important banks.  When BTA was nationalised in early 2009, Mr Ablyazov fled to England where he remained.  BTA's case is that while Mr Ablyazov was chairman, he presided over the misappropriation of over US$10 billion of BTA's monies for his own benefit.  BTA started proceedings in England and to date has obtained a number of judgments against Mr Ablyazov totalling US$4.4 billion.

The appeal heard by the Supreme Court concerned the interpretation and application of a freezing order that had been made against Mr Ablyazov in November 2009 (the Order).  The Order was in the standard form for use in the Commercial Court and paragraph 5 of the Order included the following wording, which goes beyond the scope of the standard form freezing order in use in the Commercial Court prior to 2002:

For the purpose of this Order, the respondents' assets include any asset which they have power, directly or indirectly, to dispose of or deal with as if it were their own.

Mr Ablyazov entered into two loan facility agreements in September 2009 and April 2010.  In each case, the facility agreements described him as the "borrower" and permitted the borrower to direct the lender to transfer the proceeds of the loan facility to any third party.  Each of the loans had been fully drawn down, and pursuant to them Mr Ablyazov had directed a number of payments to third parties, including a payment of US$119,000 to a corporate services provider associated with him; and US$390,000 to lawyers acting for other defendants to BTA's claims.

In October 2011, BTA applied to the court for (among other things) a declaration that Mr Ablyazov's rights under the loan agreements were "assets" for the purposes of the freezing order.

At first instance, the judge dismissed BTA's application and held that in the context, Mr Ablyazov's right to borrow should not be regarded as an "asset" within the definition of the Order and that the exercise of the right to borrow did not constitute "disposing of" or "dealing with" assets.

The issues before the Court of Appeal were summarised by the court as:

(a) whether a contractual right to draw down under an unsecured loan facility qualifies either generally or in particular circumstances, as an "asset" for the purposes of a standard form freezing order; and

(b) whether, if the right to draw down is an "asset", exercise of the right by directing the lender to pay the sum drawn down to a third party constitutes "disposing of" or "dealing with" an asset.

The court identified three principles as being of particular relevance to the imposition of freezing orders, as follows:

(a) The enforcement principle: that "the purpose of a freezing order is to stop the injuncted defendant dissipating or disposing of property which could be the subject of enforcement if the claimant goes on to win the case it has brought, and not to give the claimant security for its claim";

(b) The flexibility principle: that the jurisdiction to make a freezing order should be exercised in a flexible and adaptable manner so as to be able to deal with new situations and new ways that "wily and sophisticated operators" try to get around court orders; and

(c) The strict construction principle: that because the consequences of breach are serious, injunctions must be strictly construed in favour of the addressee of the freezing order.

In balancing these three principles, the court found that there was no principled objection to recognising rights under a loan facility agreement as an asset.  However, the court found that the standard form Commercial Court freezing order did not make choses in action (such as those under the facility agreements) "assets"; and drawing down a loan did not amount to "disposing of, dealing with or diminishing the value of assets".  The appeal was therefore rejected.

BTA appealed the Court of Appeal's decision and asserted that the loan created relevant "assets" that could only be dealt with in accordance with the Order.  Its arguments were put forward on two bases:

(a) that all choses in action (including Mr Ablyazov's right to borrow) were within the scope of the Order; or

(b) the proceeds of the facilities agreements were assets within the extended meaning of the Order because Mr Ablyazov was able "directly or indirectly, to dispose of, or deal with [the proceeds] as if they were his own".

The Supreme Court found that while "assets" is capable of having a wide meaning and can include a chose in action that the definition of "asset" in the pre-2002 standard form order does not include borrowings. This is a "settled understanding" from case law and legal writing.

While the leading judge noted that it would be open to the court to reverse previous case law, in the interests of clarity and in order to give certainty in the context of penal orders, it was not appropriate to do so. Therefore the definition of "assets" in a standard form freezing order would not extend to the right to drawn down monies.

However, the court considered that the extended form Order in this case extended the meaning of "assets" to include Mr Ablyazov's right to draw down monies under a loan.  Mr Ablyazov had the "power, directly or indirectly, to dispose of, or deal with the assets as if they were [his] own".  The court held that an instruction to a lender to pay the lender's money to a third party is dealing with the lender's assets as if they were his own.  Therefore, the right to give instructions under the loan agreements was captured by the extended wording.

The Supreme Court rejected the Court of Appeal's narrow interpretation of additional wording in paragraph 5 of the Order, clarifying that the effect of including the extra wording was to broaden the scope of the Order, so that it "catches rights which would not otherwise have been caught and in particular, the "assets" include any asset which they have power, directly or indirectly, to dispose of, or deal with as if it were their own".

The decision provides useful clarification about the scope and application of freezing orders and shows that courts will strictly construe the wording of the order when deciding what assets will fall within scope.

From a practical perspective, when seeking a freezing order, detailed thought should be given to the assets that need to be brought into scope. The decision makes clear that in the absence of the extended wording, the right to draw down loans will not be in scope. 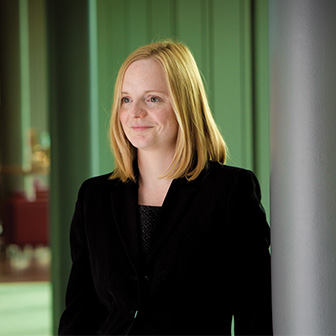