Who gets to deliver my news? - Ofcom starts its consultation on changes to media ownership restrictions

Ofcom is looking to update old rules governing media ownership in the UK to reflect consumers increased access to news online and the fragmented use of traditional media, and the implications of reform could be far reaching.

What are the new developments?

Ofcom has issued a call for evidence to explore whether the existing media ownership restrictions in the Communications Act are still relevant and appropriate in 2021. It's possible that regulatory reforms that come out of this consultation will have far reaching implications, particularly for broadcasters, print, online content providers and intermediaries.

Why are Ofcom consulting on this now?

Ofcom has noted that the media market has seen traditional news sources rapidly expand their online offering since the early 2000's, which in turn has been increasingly curated by online intermediaries before making its way to consumers. Online consumption of news has largely come at the expense of traditional news consumption, namely broadcasters and newspapers. Since the turn of the century, the print market has experienced a major decline in traditional readership and revenue with a growing consolidation of news providers and has also seen many exits, particularly at the local level. Similarly share of audience on traditional television and radio has largely fragmented by age group and there is a growing use of online platforms to access news.

In response to this, Ofcom has announced that it will be carrying out a review of media ownership rules in the UK. Plurality of media has been an ongoing debate in the UK, flaring up at certain flashpoints such as in the proposed 21st Century Fox/Sky merger in 2018 and the UK government's suggestion that the Evening Standard newspaper has been part sold to the Saudi Arabian state. This also follows similar developments taking place in Australia, France and Germany. Arguments generally centre around the premise that media plurality is needed to preserve diversity and free speech and open debate. As part of its ongoing research, Ofcom also regularly tracks the media consumption habits of the British public to inform any future regulatory changes – our take on Ofcom's latest research on viewing habits over the course of the pandemic here.

What are the key areas to watch out for?

Search engines, social media outlets and news aggregator apps have been identified as playing an increasingly important role as filtering and choosing which stories make it from news content creators to consumers. The diversity of these intermediaries influences how consumers access their news, which news is provided, and the extent of exposure to news sources which consumers otherwise would not have come across. Accordingly, Ofcom is concerned that if there is excessive consolidation between intermediaries and market dominance by a handful of intermediaries who control news exposure that consumers have. This means that consumers may be left in the dark about the basis on which their news is selected (by the intermediaries as curators) and left with a less diverse set of viewpoints.

Ofcom is concerned about the impact of algorithms (often used by the online intermediaries) which learn users' behaviour to tailor content. Intermediaries often use algorithms to tailor content to their audiences and make it easier for users to find the content they are most interested in. Concerns are often expressed that algorithms are designed purely to maximise user engagement, rather than ensuring that consumers are exposed to a diversity of opinions. Ofcom believes there is a lack of transparency around the way in which different algorithms give prominence to different news sources. To preserve the plurality of media, Ofcom's view is that more transparency is needed on how news sources are prioritised by these algorithms. However due to the relatively complex technology and impact of algorithms, it is still unclear whether algorithms could be regulated to ensure that there is plurality in the news selected for or chosen by consumers.

The current rules focus on cross-ownership between print and traditional broadcasters, and doesn't account for the role that platforms and intermediaries now play in the broader media ecosystem. Currently, there is also no mechanism available to assess media plurality issues outside of mergers in the market. However, Ofcom acknowledges that market changes in other ways such as through organic growth in market share, or changes to technology or news consumption by consumers need to also to be taken into account. It is these less measurable areas that could pose a challenge to media plurality in the UK which Ofcom is now looking to address.

In terms of specific changes, Ofcom is also looking at bringing a much wider range of "news creators" into the scope of its public interest tests (rather than just print and traditional broadcasters) when looking at plurality. Ofcom is also consulting on whether a number of the historical restrictions on broadcasting licensing (such as advertising agencies being prohibited from holding broadcasting licences) should be relaxed, or whether they are still needed to ensure plurality.

What is Ofcom asking for?

In order to inform its thinking on the next steps for media plurality in the UK, Ofcom wants to hear from stakeholders on their views on:

What can I do?

The potential for regulatory change is massive and could see a major overhaul to some of the key provisions in the Communications Act. These changes are relevant to news producers, intermediaries, platforms, newspapers and broadcasters. If you are affected by these changes and want to respond to the consultation, you will need to do so using this form by 10 August 2021. 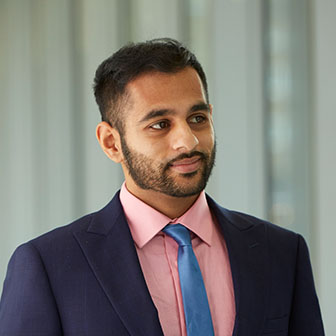