Following the Woolard Review in February 2021, you may remember that HM Treasury published a consultation in October 2021 which closed on 6 January 2022. It set out proposals to extend regulation to unregulated Buy Now Pay Later (BNPL) products.   The consultation sought views on the scope of regulation in relation to the activities which should be regulated, and the regulatory controls applicable to these types of products.  It also considered whether other forms of short-term interest free credit (STIFC) should be treated in the same way as BNPL.

For helpful context, when HM Treasury refer to BNPL they mean products that are generally taken out online by consumers who enter into an overarching arrangement with a third party-lender, under which numerous low value agreements are made.  By way of distinction, STIFC includes  products usually offered in-store to enable customers to pay for a single high value item who take out the one agreement for a higher value with either a third-party lender or the retailer/supplier themselves.

Where are we now?

On Monday 20 June 2022, HM Treasury responded to this consultation and confirmed the scope of regulation for BNPL products and STIFC that is provided by third-party lenders.  Further feedback is now being sought as to whether or not the scope is extended to BNPL and STIFC provided by merchants.  The deadline for stakeholders to provide further information is Monday 1 August.

What will remain unregulated?

As well as confirming the scope of regulation for BNPL and STIFC products, HM Treasury has also provided clarification on arrangements that will remain exempt from regulation. These include:

The Woolard Review and the consultation established that, while there is evidence of possible consumer detriment, the risk for consumers is lower when compared to interest-bearing credit products.  Therefore, it is HM Treasury's view that the regulatory controls applied to agreements falling within scope of regulation are proportionate to the risk level of that product and the need to provide effective consumer protection.

HM Treasury put forward certain proposals in its consultation and has responded accordingly:

This is one to watch closely. 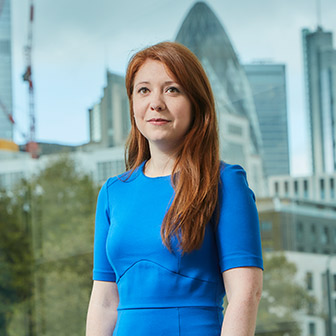