Home Alone: The birth of a lawyer

Home Alone is a seasonal classic and, since its release in 1990, has been enjoyed by countless millions. However, for lawyers, it has added meaning, because it documents the moment that Kevin McCallister recognised his calling to be a lawyer. This article tells you everything you need to know about Kevin's epiphany.

The Legal Services Board ("LSB") is proposing to look more closely at the solicitors' professional indemnity insurance ("PII") market, recognising that a hardening market is putting pressure on firms and (ultimately) consumers.

In a consultation paper on its draft business plan for next year, the LSB says that the hardening market is causing: "mounting concern on the ability of legal providers to secure cost-effective insurance. This increasing financial pressure could lead to increased costs for consumers. It could also reduce the number of legal professionals operating in the market, impacting on consumers’ ability to access justice."

It is not clear what exactly the LSB has in mind. The consultation paper states only that the LSB will be focussing on the following areas:

"Using the evidence that we are currently gathering, we want to identify the factors that are contributing to a hardening PII market and possible solutions. We also plan on undertaking econometric analysis of the cost of current PII and compensation fund arrangements to consumers"

Law firms and brokers, who have recently gone through a tough renewal season, will welcome the LSB's promise to look at this area. It is not easy to predict what "possible solutions" the LSB is likely to come up with to what is a question of market economics. Insurers will be wary of any regulatory overreach into the operation of the market. For now, both sides will have to "watch this space" and we will keep a close eye on any developments in this newsletter.

The public consultation on the LSB ends on 4 February 2022.

In the recent case of Hunt v Annolight Limited and Others [2021] EWCA Civ 1663 the Court of Appeal considered the extent to which the Court may order a Respondent to a wasted costs application to attend to face cross-examination.

Mr Hunt's solicitors faced wasted costs applications from a number of the Defendants following the discontinuance of his claim at trial in the County Court. The trial judge made an Order listing their applications for a hearing "when oral evidence will be heard". The solicitors appealed to the High Court, failed, and appealed again to the Court of Appeal, arguing that it would never be appropriate for a lawyer against whom a wasted costs Order is sought to be cross-examined.

The Court of Appeal rejected that absolute bar, which it said was not supported on the authorities: CPR 32.7 gave the Court power to order cross-examination where evidence has been given in writing at a hearing other than a trial. However, the Court of Appeal stressed that cross-examination "must….be very much the exception rather than the rule" in the wasted costs arena, given that procedure needed to be as simple and quick as fairness allowed. Factors to be borne in mind by the Court included whether privilege had been waived, the extent to which the lawyer concerned knew the case he had to meet, and whether any cross-examination should be explicitly limited in scope (by reference for example to the content of a witness statement). On the facts of the case the Order was not justified, and the appeal was allowed.

Whilst no absolute bar was established, lawyers facing wasted costs applications can at least take some (modest) comfort that they are unlikely to have to attend court to face cross-examination, as a result of this decision.

A successful defence in the SDT, but at what cost?

The Solicitor's Disciplinary Tribunal ("SDT") has ruled that a solicitor, despite being cleared of misconduct, must still pay her own legal costs of defending the prosecution.

Liz Ellen, formerly of Mishcon de Reya, faced prosecution by the SRA after she was alleged to have improperly allowed her firm's client account to be used as a banking facility. Ms Ellen denied that a banking facility had been provided and that, even if the tribunal found that there had been, Ms Ellen did not cause it.

The SDT cleared Ms Ellen of misconduct but held that there should be no order for costs, leaving Ms Ellen to foot her own legal bill, estimated at £534,000. The full list of reasons has not yet been published, but the Law Society Gazette reports that this was on the basis that proceedings had been "properly and reasonably brought" and there was "no good reason to deviate from the default position that no order for costs should be made".

The SRA will often rely on the decision of CMA v Flynn Pharma Ltd, Flynn Pharma Holdings Ltd, Pfizer Inc and Pfizer Ltd [2020] EWCA Civ 617 as providing authority for when a regulator must pay costs. The Court of Appeal held in that case that the starting point in proceedings brought or defended by a regulator exercising its statutory functions should be no order for costs, which should only be departed from if there is a good reason. Examples given of "good reasons" in that case included where a regulator had conducted itself unreasonably, and/or where the successful party is likely to suffer substantial hardship if a costs order is not made.

Whilst the reasons for the SDT's decision will merit a full review on publication, the decision has attracted initial criticism as being an example of a default costs position which is arguably overly protective of the SRA, and that the threshold the SRA is required to meet to avoid an order for costs is too low. It is a reminder that solicitors brought before the tribunal can be successful but, currently, that victory can be somewhat pyrrhic in circumstances where they can still be responsible for a potentially significant legal bill.

Hong Kong
Remote Hearings or Paper Applications for Admission as a Solicitor?

Before a trainee solicitor or qualified foreign lawyer can be admitted as a solicitor in Hong Kong, it is necessary for them to give an oath or affirmation and physically sign the roll of solicitors. The practice is for both requirements to be done at an admission hearing in open court. Before the COVID-19 pandemic, these requirements did not present any difficulty – indeed, admission hearings have traditionally been a cause for celebration with an applicant's family, friends and colleagues.

During the pandemic, the time between applying for admission and attending an admission hearing (i.e. actual qualification) has been a cause of concern for applicants and their employers, as the process is now taking 4 to 6 months. Most admission hearings take place in the autumn and spring months. In a typical year of late, some 600 trainee solicitors and 100 foreign lawyers qualify as solicitors in Hong Kong.

Applicants working overseas during the pandemic have also had trouble returning to Hong Kong in time for their admission hearing because of travel and quarantine restrictions. In Re Lee [2021] HKCFI 3335 and Re So [2021] HKCFI 617, both applicants requested the court to allow their admission applications to be heard (in full or in part) by remote hearing. Both applications were refused. In short, assuming (without deciding) that the court could excuse attendance in person, it would only do so on special grounds and for cogent reasons – which (on the facts) were not justified in either case, despite the difficulties experienced by the applicants and/or their families and friends.

It is understood that consideration is being given to whether it is possible to change the current practice of requiring physical attendance to give an oath or affirmation and to sign the roll at admission hearings.

Disclaimer: The information in this publication is for guidance purposes only and does not constitute legal advice. We attempt to ensure that the content is current as at the date of publication, but we do not guarantee that it remains up to date. You should seek legal or other professional advice before acting or relying on any of the content.
Click here to access the full update File type: PDF Size: 268 KB 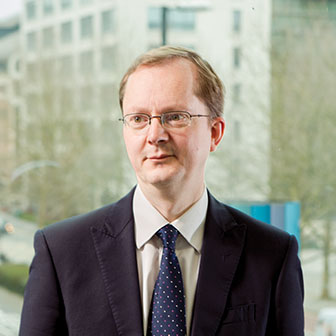