In R (on the application of Haworth) v HMRC [2021] UKSC 25, the Supreme Court has unanimously dismissed HMRC's appeal of a judicial review quashing a follower notice issued in circumstances where HMRC did not have the necessary degree of certainty that the tax advantage sought by the taxpayer would be denied by the relevant judicial ruling.

In Smallwood v HMRC [2010] EWCA Civ 778 (Smallwood), the Court of Appeal held that a (different) Mauritius-resident trust involved in a similar tax-planning arrangement was in fact managed and controlled from the UK and not Mauritius, so the benefit of the DTT was not available.

Under section 204, Finance Act 2014 (FA 2014), HMRC can issue a follower notice to a taxpayer subject to each of the following four conditions being met (and to a timing condition, not relevant to this case):

Section 205, FA 2014, provides that, for these purposes, a 'judicial ruling' is a ruling of a court or tribunal and is 'relevant to the chosen arrangements' if:

The High Court held that the principles and reasoning contained in the decision in Smallwood were applicable to the arrangement entered into by the taxpayer.  There was no defect in the form of the follower notice or in the manner in which it was issued and HMRC had correctly applied the decision in Smallwood to determine whether the trust in the taxpayer's case was controlled from the UK.

The taxpayer appealed to the Court of Appeal.

The Court of Appeal allowed the taxpayer's appeal.

The Court held that HMRC had misapplied the decision in Smallwood and that, in order to fulfil Condition C and issue a follower notice, HMRC must have 'a substantial degree of confidence in the outcome' if the reasoning in Smallwood was applied to the taxpayer's case.

HMRC appealed to the Supreme Court.

The Court considered whether:

(1) HMRC had formed the opinion required by Condition C;

(2) HMRC had misdirected itself in its analysis of Smallwood;

(3) the 'reasoning given' in the ruling covers factual findings; and

(4) the follower notice was valid.

On the first issue, the Court held that Condition C did not relate so much to the firmness of HMRC's opinion as to its content.  HMRC had to be able to show firstly, that it had formed an opinion and secondly, that that opinion was that Smallwood was a relevant ruling for the purposes of the taxpayer's tax arrangements.  It was clear that the opinion had to be formed by HMRC, as opposed to by one particular officer within it.  In determining whether Condition C had been met, it was necessary to take into account the severe consequences for the taxpayer of the giving of a follower notice.  Whether HMRC could reasonably form an opinion, for the purposes of Condition C, might depend on how fact-sensitive the application of the relevant ruling was; it might turn on whether HMRC was satisfied that any evidence to the contrary from a taxpayer was untruthful; and HMRC would need to consider the legal arguments put forward by a taxpayer (which might not have been raised before the court that gave the earlier ruling).  HMRC should also consider the nature of the earlier ruling (a decision of the First-tier Tribunal might carry less weight than a Supreme Court decision).  In the instant case, the opinion formed by HMRC had been that it was 'likely' that Smallwood was a relevant case for the purposes of the arrangement entered into by the taxpayer and this was insufficient for the purposes of Condition C.  HMRC's appeal was therefore dismissed in relation to this issue.

As to the second issue, the Court was of the view that HMRC had misdirected itself as to the effect of the decision in Smallwood when considering whether to issue a follower notice.  HMRC had proceeded on the basis that if seven pointers used illustratively by the judge in Smallwood were present in a subsequent case, it would necessarily follow that the place of effective management of a trust would be in the UK.  That, the Supreme Court held, was an overstatement of the decision in Smallwood, which had referred to the full description of the primary facts as found by the Special Commissioners in that case when reaching a decision.  It was by no means self-evident that HMRC would have arrived at the conclusion it had reached regarding the relevance of the Smallwood ruling to the taxpayer's arrangement had the contents of that ruling not been overstated.  HMRC's appeal therefore failed in relation to this issue.

With regard to the third issue, the taxpayer contended that factual findings in a judgment did not form part of the principles laid down or reasoning given for the purposes of Condition C.  The Court rejected this argument. However, this was not fatal to the conclusion that HMRC's appeal must fail.

The Court dealt briefly with the fourth issue, holding that, although the follower notice was deficient (in that it should have contained some description of the features of the taxpayer's arrangement which, in HMRC's opinion, meant that the Smallwood decision would deny the taxpayer the relevant tax advantage), this did not render the follower notice invalid.

The Supreme Court's decision in this case, while upholding the conclusions of the Court of Appeal, goes further and imposes more stringent requirements which must be satisfied by HMRC in order for a follower notice to be validly issued.

Given that challenges to the validity of follower notices are carried out by way of judicial review in the High Court, rather than in the First-tier Tribunal, it may be expected that this decision will be applied in a manner that reflects its general tenor of imposing restrictive requirements on HMRC when it issues a follower notice. 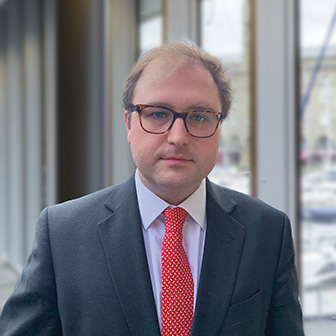