The number of retail businesses reporting data breaches to the Information Commissioner's Office has doubled in just one year, jumping from 19 in 2015/16 to 38 in 2016/17*, says City-headquartered law firm, RPC.

RPC says that the risks involved in data breaches are increasing in the retail industry, as retailers accumulate more and more personal information on their customers as part of their ‘Big Data’ initiatives.

The rise of online shopping, loyalty programmes, digital marketing and offering electronic receipts in store mean that even a small multiple retailer will be gathering exactly the kind of data that hackers will be looking for.


RPC adds that the retail industry is beginning to feel the pressure to invest more heavily in cyber-security.

The regulatory burden and financial risks involved in a data breach will increase substantially when the General Data Protection Regulation (GDPR) comes into force in May 2018. These rules will make reporting breaches mandatory.

Jeremy Drew, Partner at RPC, comments: “Retailers are a goldmine of personal data but their high profile nature and sometimes aging complex systems make them a popular target for hackers.”

“There are so many competing pressures on a retailer’s costs at the moment – NMW rises, rates increases, exchange rate falls, as well as trying to keep ahead of technology improvements – that a proper overhaul of cyber defences can get pushed onto the back burner.”

RPC points out that, as companies are not currently required to report every attack they suffer, the actual number of data breaches in the retail sector is likely to be even higher.


Adds Jeremy Drew: “As the GDPR threatens a massive increase in fines for companies that fail to deal with data security, we do expect investment to increase both in stopping breaches occurring in the first place and ensuring that if they do happen they are found quickly and contained.”

“No UK retailer wants to be in the position of some public examples who were forced to confirm that it took them nearly a year to close a data security breach.” 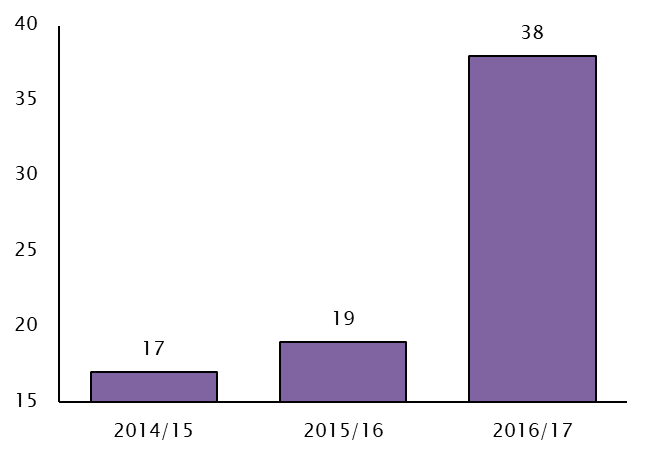