RPC says that insurance patents filed last year were for innovations as diverse as the use of a system that checks whether a self-driving car is operating autonomously and switches between insurance policies automatically, and a mobile app to speed up the claims process for people affected by natural disasters.

RPC explains that some of the most frequent filers of insurance-related patents last year included Allstate Insurance and State Farm, two leading American insurers who filed 35 and 34 insurance patents respectively, and Ping An Insurance of China, who filed 23 patents.

Other active filers of insurtech patents outside of traditional insurers include Alibaba, the Chinese e-commerce giant, which filed eight patents last year.

RPC says that insurers and brokers now have significant opportunities to carve out competitive advantage through technology as the shift to automated processing has been slower in some parts of the insurance industry than in many other areas of financial services.

“Insurtech is touching all areas of the market from P2P retail insurance products to ever more sophisticated risk analysis capabilities.”

22% (199) of insurance patents filed in 2017 related to pricing, as businesses looked for new ways to make pricing premiums and determining risk more accurate and efficient.

Telematics, where technology monitors driver behaviour, with data used to create risk-based products in the motor insurance sector, was also a key area of focus. 78 telematics-related patents were filed in 2017, up from 56 the previous year.

RPC says that the increase in insurance-related patents shows that the industry is embracing artificial intelligence (AI), too. Patents related to machine learning increased to 100 in 2017, up from 73 the previous year.

For example, an electronics company has filed a patent for a means of evaluating risk based on real-time information from sensors in buildings such as fire alarms, intruder detection and surveillance systems. By using machine learning models to analyse the data, a quotation score could be developed that could be used across various insurance lines and carriers.

Peer to peer-related insurance patents also saw an increase to 62 in 2017 from 52 in 2016. P2P insurance is where a group of individual policyholders can pool their premiums together to insure against a risk, typically via an online marketplace, helping to cut costs by reducing overheads and inefficiencies.

Adds Mark Crichard: “Whether insurers are engaging in proprietary R&D or collaborating with smaller players, protecting intellectual property (IP) rights by securing patents is clearly essential to secure that first mover advantage and stay ahead of the competition.” 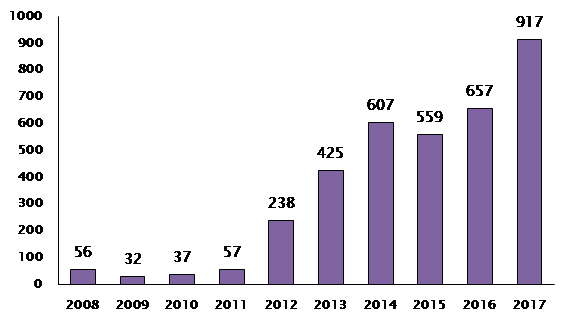 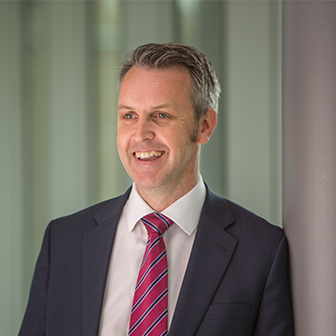